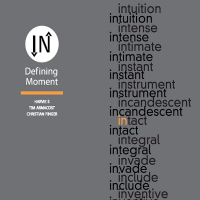 Label: Self Produced
Released: 2014
Track listing: Quasimodo; Contemplation; Shuffle Boil; Truth And Beauty; My Shining Hour; My Ship; The Only One; Endlessness.

The focus of piano-less trio records, right or wrong, is inevitably placed on the inherent freedom of the format. But what of those who simply want to try out said grouping without purposely using it as a springboard to uncertainty and complete openness? Such groups are a rarity, receiving short shrift in the jazz press and ...