Chris Washburne is one of those rare musicians whose musical activities cross many styles and cultural borders. From early in his career he refused to be pigeon-holed as just being a jazz or classical player, but instead has continually pursued a diverse path. Chris is currently freelancing as a studio musician and performing trombone, bass trombone, tuba, didjeridu and percussion with various classical, jazz, rock and Latin groups in New York City. He also tours extensively with various groups and has concertized throughout the North America, Europe, Asian, Africa, South America, Central America and the Caribbean. Chris received his Bachelors of Music in classical trombone performance from the University of Wisconsin where he studied with William Richardson, Richard Davis and Les Thimmeg

The year 1917 stands out in music history, for that was the year of the first jazz recording, (Livery Stable Blues by Original Dixieland Jass Band) and marks the death of ragtime pianist/composer Scott Joplin. To commemorate these events, and the century that ensued, trombonist Chris Washburne takes a musical exploration back through time on Rags ... 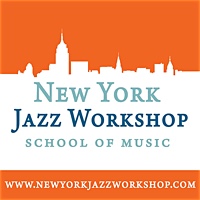 Label: Zoho Roots
Released: 2015
Track listing: Feelin' Alright; Low Rider; Get Up, Stand Up; Stairway To Heaven/Heaven; Manic Depression; Ohio; Walk On The Wild Side; Break On Through (To The Other Side); Kashmir; Sugar Mountain; SYOTOMON.

Originals, Latin classics, and the occasional standard appear on this outfit's five previous albums, all of which were released on the Jazzheads imprint. But a new day has dawned with Low Ridin', as venerable trombonist Chris Washburne and his smoking Latin ensemble arrive at a new label--Zoho Roots--and take a new tack, delivering a program of ...