A restrained, deeply musical jazz singer who also co-writes genre-busting songs, Carrie Wicks is one of a kind. In 2010 her debut CD on OA2 Records, I’ll Get Around to It, catapulted her to national acclaim. She followed it with Barely There in 2012 and Maybe in October 2015. Her fourth Origin album, Reverie, releases October 2019. A three-time nominee for the Earshot Jazz Vocalist of the Year Award, she’s known for her lustrous, burnished tone; her uncanny sense of phrasing; and a delivery that’s both understated and passionate. Her early musical background included playing viola in Summit, New Jersey, singing harmonies during middle school in a church choir in Dorset, Vermont, and then playing cornet in jazz band in high school 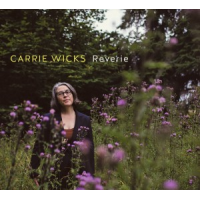 Never Forget to Say Thank You

Just You, the Secret Service and Me - Celebrating Johnny Mercer

Moon in Scorpio and Mischief Night

Seattle-based vocalist Carrie Wicks is back with her fourth effort on the Origin label, and while there are many similarities stylistically with her previous efforts, Reverie more draws from the original compositions of Wicks and her partners Ken Nottingham and Nick Allison. One of the commonalities between the recordings is Wicks' insight into putting ... 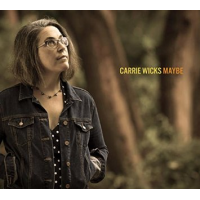