Buck Hill is a living legend, who has been dazzling audiences for over forty years. Born in 1927, Buck Hill started playing saxophone at the age of 13. By the mid-fifties, he was married with three children and supporting them by driving a cab and delivering mail. Despite the family demands, he continued to practice and perform. He was discovered by Charlie Byrd and became a regular on the local jazz circuit, appearing with Dizzy Gillespie, Miles Davis, and Shirley Horn. In 1957, he appeared on his first recording with Charlie Byrd and later appeared on numerous recordings with Shirley Horn on the Verve label. As a result of the dominance of rock music in the sixties, Buck went back to work for the post office

The 707th Episode of Neon Jazz is heavy on vocalists and starts with New York singer Marty Elkins and bassist Mike Richmond with a cut from their latest album 'Tis Autumn. We also hear the vocals of Staci Griesbach, Diana Krall and Vanessa Tagliabue-Yorke. From there, we dig into new music from Mariel Bildsten, Julian Lage ... 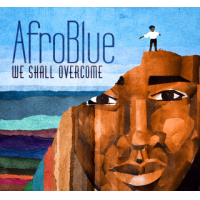 The vocal group Afro Blue was founded (in 2002) by its director, Connaitre Miller, Jazz Voice Coordinator at Howard University in Washington, DC. Miller's approach to vocal jazz is patterned after that of such celebrated groups as Lambert, Hendricks and Ross, the Manhattan Transfer and Take 6, a blueprint that has served Afro Blue well and ...

Cankarjev Dom Jazz Festival Ljubljana Ljubljana June 18-22, 2019 Ljubljana—capital of the Republic of Slovenia, member of the EU, neighbored by Austria, Hungary, Croatia and Italy—hosts a now six decades old jazz festival. The event is organized by Cankarjev House/Cankarjev Dom, a prestigious, state-run cultural center in midtown Ljubljana opposite the ...

It's the monthly jazz birthdays edition of Gift and Messages, direct from our turntables and CD players in mid-city Baton Rouge to you! We salute the late trumpeter Snooky Young on his 100th birthday with one of the rare recordings under his own name, the out-of-print Horn of Plenty. Great listening, along with tenor birthday madness ...

Top Ten Jazz Songs To Listen To While Watching Basketball 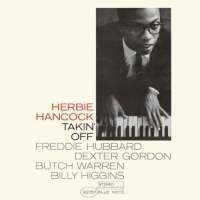 Don't let the annoying jibber-jabber of announcers or a deluge of car commercials wreck your game. Turn the sound down and listen to these ten great jazz tracks as you watch your favorite NBA or college team keep the ball alive, jump on the fast break and drive it to the hoop. Basketball was made for ...

The DC Jazz Festival (DCJF) will present its annual Lifetime Achievement Award to two of the world’s most renowned jazz artists, Kenny Barron and Ron Carter, at its 8th annual Festival, held June 1-10. Each year the DCJF honors jazz greats for their indelible lifetime contributions to jazz and humanity. Past awardees include Jimmy Heath, Eddie ...