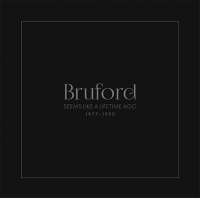 With the plethora of box sets being issued these days with new masters and, perhaps even more importantly, new mixes of classic recordings, it was inevitable that the small but significant discography of drummer Bill Bruford's first steps into a solo career with his band Bruford should finally get the deluxe treatment. Seems Like a Lifetime ... 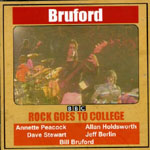 The DVD release of Rock Goes to College (Winterfold, 2006), by drummer Bill Bruford's late-1970s band Bruford, was greeted with considerable excitement. Featuring Hatfield and the North/National Health keyboardist Dave Stewart and über-bassist Jeff Berlin, the group only played a couple of live dates with original guitarist Allan Holdsworth, who left shortly afterwards and was replaced ...