At the rhythmic epicentre of a new era of innovative British jazz is Corrie Dick, a musician and composer specialising in euphoric, sonically-inventive drumming. He is lauded for his dynamism, his melodic slant and for his playfully subversive take on style and genre. An artist of prolific and varied output, Corrie; has long been an essential component of Laura Jurd’s music including Mercury Prize shortlisted Dinosaur; is a crucial co-pilot in Elliot Galvin Trio and Rob Luft Group; and co-writes music with an abundance of artists including alternative Indie band Ink Line. His 2015 release Impossible Things which skilfully fused Celtic folk and contemporary jazz with new takes on African rhythms culminated in sold out touring and concerts across the UK 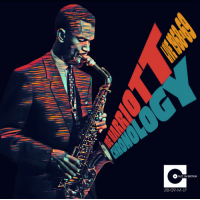 Bees Deluxe is an anything-but-basic blues band. They are hell-bent on a mission to drag the electric-analog blues of Chicago in the 60’s, the Blue Note catalog and the funk of New Orleans into the 21st century. The band has won audiences from Maine to the Mississippi with their arresting and highly danceable originals and their innovative interpretation of less-travelled tunes by artists like Etta James, Joe Zawinul, J.B. Lenoir, Miles Davis, Billie Holiday, Albert Collins and the three Kings. “...what might happen if Freddie King took a lot of acid then wrote a song with Pat Metheny and asked a strung- out Stevie Ray Vaughan to take a solo” — Blues Blast Magazine The four-piece band is spearheaded by the dual-frontline of British guitar monster Conrad Warre and Carol Band on keyboards, harmonica & vocals

Between April 1964 and August 1966, BBC2 in the U.K. aired an hour-long TV show called Jazz 625. It was broadcast on 625-lines UHF rather than the 405-lines VHF system then used by the other channels. This allowed for a better signal at home. What was particularly noteworthy about the show is that it began airing ...

For over thirty years Keith Tippett has been at the forefront of contemporary European jazz and new music. In the late 1960s, Tippett led a sextet featuring Elton Dean on saxophone, Mark Charig on trumpet and Nick Evans on trombone. Tippett married singer Julie Driscoll and wrote scores for TV. In the early 1970s, his big band Centipede brought together much of a generation of young British jazz and rock musicians. As well as performing some concerts (limited economically by the size of the band), they recorded one double-album, Septober Energy. He formed, with Harry Miller and Louis Moholo a formidable rhythm section at the centre of some of the most exciting combinations in the country, including the Elton Dean quartet, and Elton Dean's Ninesense 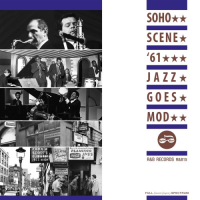 Many Americans born in the 1950s like to think of London in 1961 as a set from My Fair Lady. Lots of rosy- cheeked Julie Andrews types, coal fireplaces, and men rushing about in forest-green tweed. Also in these same imaginations, teenage guys look like the brooding Beatles during their Hamburg, Germany, period while teenage girls ...

Soweto Kinch was a curious teenager when an encounter with Wynton Marsalis impelled him on his own jazz odyssey. An odyssey characterised by the creation of dynamic new soundscapes in the spirit of the music's great innovators, on landmark albums such as A Life in the Day of B19: Tales of the Tower Block, The Legend ...