Chicago native Greg Murphy has been a major contributor to the New York City jazz scene since the 1980s and he’s probably best known for his twenty-two year association with John Coltrane’s multidirectional drummer, Rashied Ali. Greg began his musical adventures in 1971 when he joined the Ray-Fisk Grammar School Band in Chicago. His classical studies began later that year with Lucia Santini at Roosevelt University. Between 1980 and 1984, he played with the jazz/funk band Lightning Flash Thunder Roar, The University of Illinois at Chicago Big Band, The Northern Illinois University Big Band, and other local Chicago bands. A jazz study grant from the National Endowment for the Arts in 1984 gave Greg the opportunity to go to New Orleans and study with the eminent pianist and jazz educator, Ellis Marsalis 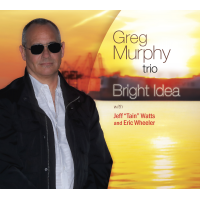 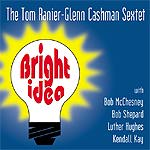 The Tom Ranier/Glenn Cashman Sextet is an all-star group of some of the most in-demand jazz musicians on the Southern California scene. Ranier, whose sideman credits include Buddy DeFranco and Kenny Burrell, is one of the west coast's top jazz and studio pianists. Cashman is a renowned tenor saxophonist who divides his time between teaching in ...