Brian Torff is a renowned jazz double-bassist and composer. He is currently music program director at Fairfield University in Connecticut. The Fairfield Arts Council named him its 2008 Artist of the Year. Performer Brian is a featured bass soloist leading his own trio, and is the musical director for the Django Reinhardt New York Festival, which has appeared at Lincoln Center, the Kennedy Center and Birdland in New York City. He has performed at Carnegie Hall for Fiddle Fest where he appeared with Mark O’Connor, Dave Grusin, Regina Carter, Yo-Yo Ma, Itzhak Perlman, and Pinchas Zukerman

Newport Jazz FestivalFort Adams State Park Newport, RI Sunday, August 3, 2014 Smack--loud and robust, the horns blasted at the audience with a sound so voluminous it seemed impossible only four horns could have created it. And yet, four horns had. “Were you here ...

It may start to get HOT in June but not as HOT as it will be at Birdland June 28—July 3 when the Django Reinhardt Festival, due to popular demand, returns for a summer week. The annual November event will perhaps become a bi-annual one. There is a thirst for Django's style of music , as ...

In Love With Voices: A Jazz Memoir 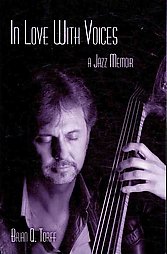 The 10th Anniversary Django Reinhardt NY FestivalBirdlandNovember 4, 2009 This six-night residency celebrated a decade of Djangofests at Birdland, where the principle aim is to see how many Reinhardt guitar disciples can be jammed onstage at any one time. Over the years, the organizers, Pat Philips and Ettore Stratta, have ...