Inspired keyboardist, composer, prolific studio musician and producer Brian Simpson is a master of all he purveys. His eloquent approach to playing, sophisticated harmonics sense, bluesy overtones, R&B flavor and keen sense of how to craft a song that stands the test of time have made him the go-to man for many. Through the years Simpson has been revered for his unparalleled ability to compose unforgettable melodies and irresistible grooves. Simpson’s soulful approach to music has made him first call for many including Janet Jackson, Teena Marie, George Duke, Stanley Clarke and Dave Koz. A chart-topping musical chameleon who wrote the #1 R&B hit “The First Time” for Surface in the 1990s, Brian Simpson has a knack for churning out timeless anthems. Simpson’s approach is simple, “I’m following in the footsteps of those that laid the foundation of contemporary jazz music 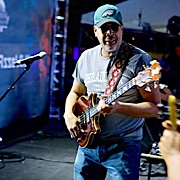 Label: Shanachie Records
Released: 2016
Track listing: Persuasion; Wonderland; One and Only; Lost In Love; Need You Now; Supernatural; Take It Up; Starbound; Surreal Theme; Always Here For You

Out of A Dream 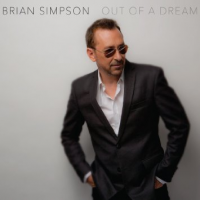 Label: Shanachie Records
Released: 2015
Track listing: One of A Kind, Out of A Dream, When I Say Your Name, Sky Watcher, Just One Wish, San Lorenzo, Let's Get Away, Rio Sway, Her Eyes, Nightfall

Brian Simpson: Out of A Dream

Some records not only desire your attention, they demand it. Think of Miles or Trane or Mingus and think of just puttering around the house as the music plays. It can't be done. The grandmasters of jazz made music that required it be heard and not merely listened to. Out of A Dream is ...

The first single, “Dreaming Of You,” is the No. 2 most added radio track this week. New York City (10 July 2014): With persistence, patience and passion, romance grows stronger, richer and sweeter each year and for 25 years, urban-jazz saxophonist Kim Waters has written, produced and performed chart-topping candlelight compositions that explore the excitement, exoticism ...

Just What You Need 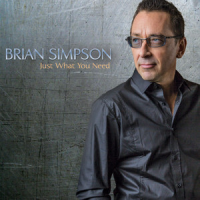 Label: Shanachie Records
Released: 2013
Track listing: Wherever You Go; Just What You Need; Emerald City; Soul Embrace; A Love Like This; The Girl From Ipanema; D'Groove; In the Rain; Castaway; You Gotta Be

David Sanborn, Earl Klugh and Grover Washington Jr. are the first artists slated for induction during a ceremony aboard The Smooth Jazz Cruise in October St. Louis, MO: Young musicians fantasize about one day being a hall of famer yet contemporary jazz artists were left only to dream. Until now. SiriusXM’s Watercolors, the leading satellite radio ...