Playing music since the age of 6, the remarkable composer/guitarist Brad Myers decided to pursue transcendence through jazz expression at the age of 13. A highly eclectic musician, Brad has continued to perform in a wide variety of contexts, but his primary commitment to jazz is vividly demonstrated by the 2015 release of his album Prime Numbers, the first album released on his own label, Colloquy Records, and a stunning showcase for his brilliant talents as both composer and guitarist. Prime Numbers earned worldwide praise from critics and jazz radio alike, including “4 Stars” from Downbeat Magazine and rotation on PRI's Jazz After Hours program

Cincinnati-based Brad Myers's follow-up recording to his 2015 quintet album “Prime Numbers" is essentially a duo record with his bassist colleague Michael Sharfe. The qualification “essentially" is deployed because there is additional percussion on most tracks but it's used as decorative augmentation rather than a vital rhythm unit. The opener, “Sanguinaria (Hopefulsong)" is atypical ...

Brad Myers and Michael Sharfe's bubbly take on "Samba de Orfeu" by Luiz Bonfá was shot live in one take by photographer Michael Wilson at The Carnegie Theater in Covington, KY. Though this track isn't included on their 2017 release, Sanguinaria (Hopefulsongs), is a prime example of the intimate dialogue and interplay at work in the duo and trio performances which are the focal point of the new CD.
Album 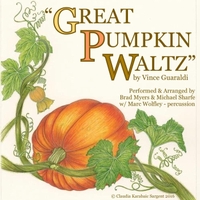 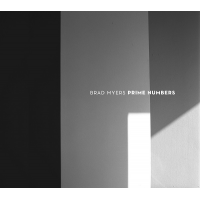 Label: Colloquy Records
Released: 2015
Track listing: Bentley's Blues; Evidence; Sunset in Curacao; Spherical; Rule of Threes; The Big Push; You Are Here; There Is Space for Us; Invitation.

Meet Brad Myers: Brad Myers has spent his life in the pursuit of making music that is tasteful and driven by a deep connection to the soul, regardless of stylish trends or prognosis for financial success. Currently residing in jny: Cincinnati, Ohio, he is an ever evolving improvising musician who has played the guitar since ...