Bob Lark is a trumpet and flugelhorn player whose performances are especially notable for his lyrical style and fine tone. His harmonically oriented improvisations shift between aggressive and cool playng. In speaking of Lark, jazz icon Clark Terry says, "He's a very good trumpet player, a very good musician. He's paid his dues. Recently released on the Jazzed Media label is the CD recording Reunion, by Bob Lark and his Alumni Big Band. The Bob Lark/Phil Woods Quintet, which includes prominent jazz artists Jim McNeely, Steve Gilmore and Bill Goodwin, has released three CD's on the Jazzed Media label. Bob's playing and writing are also featured on the compact disc recordings Until You (2003) and First Steps (1997) on the Hallway Records label. Bob Lark serves as the Chair of Jazz Studies at DePaul University in Chicago, Illinois, where he directs the university Jazz Ensemble, teaches jazz trumpet and courses in jazz pedagogy and jazz style

By my count, trumpeter and flugelhornist Bob Lark and alto saxophonist Phil Woods have recorded six albums together prior to Woods' death in 2015. Their final collaboration, Thick as Thieves, recorded in 2009 at Chicago's Jazz Showcase, was just released. It's a solid swinger, despite my initial trepidation over the predictable song choices. What keeps the ... 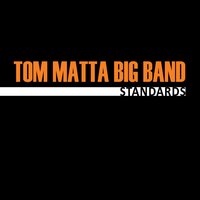 What's in a name? After all, a big-band jazz album by any other name would sound the same. On the other hand, it should be pointed out that as the versatile Tom Matta has chosen the name Standards to define his second album as leader of the Chicago-based Tom Matta Big Band, only three of the ... 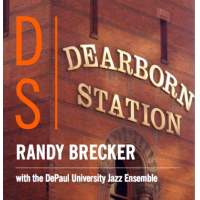 As was the case two years ago (2012) with its first album, Reunion, trumpeter Bob Lark's Alumni Big Band on Sweet Return is comprised of musicians he has supervised in various groups during a long and eminent career that embodies more than twenty years as director of Jazz Studies at DePaul University in Chicago. Even so, ...