Blind Willie McTell was one of the great blues musicians of the 1920s and 1930s. Displaying an extraordinary range on the twelve-string guitar, this Atlanta-based musician recorded more than 120 titles during fourteen recording sessions. His voice was soft and expressive, and his musical tastes were influenced by southern blues, ragtime, gospel, hillbilly, and popular music. At a time when most blues musicians were poorly educated and rarely traveled, McTell was an exception. He could read and write music in Braille. He traveled often from Atlanta to New York City, frequently alone. As a person faced with a physical disability and social inequities, he expressed in his music a strong confidence in dealing with the everyday world. McTell was born in Thomson, Georgia on May 5, 1898

Thomas Truax The Fulford Arms January 26, 2019 Thomas Truax is an American one-man-band, a New Yorker residing in London, an oddball crooner, a nervy troubadour, and an inventor of visually and sonically imaginative musical instruments. Over the last decade, he's been a regular tourer around the UK and beyond, ... 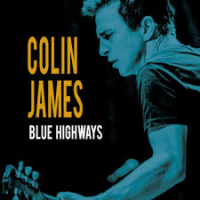 The cultural fragmentation of the last two decades or so has resulted in such a multiplicity of niche categories that the blues community only benefits by its long-term standing of loyalty to the genre. Rather than suffer foolish players gladly or thoughtlessly reward the mediocre results of their efforts, these devoted and inveterate music-lovers deeply relish ...

Laura Jurd's Dinosaur National Centre For Early Music November 11, 2016 Dinosaur are one of the UK's fastest rising new bands, although their recent re-naming hides a few years of history as the Laura Jurd Quartet. The London foursome still look even younger than their actual ages, thus qualifying as ... 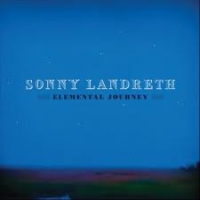 Sonny Landreth Elemental Journey Landfall Records 2012 How did we arrive at the phenomenon that is guitarist Sonny Landreth? In his autobiography, Father of the Blues: An Autobiography (Da Capo Press, 1969), African American composer W. C. Handy detailed his experience of sleeping on the train platform in ...

Bryan and the Haggards: Pretend It's The End of the World 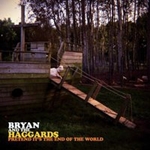 The legend of Merle Haggard is probably as large as the life of the folk music star. Only Woody Guthrie and Bob Dylan, Willie Nelson and Johnny Cash have a larger legend than Haggard. The writer of “Okie from Muskogee" is the star of this album, Pretend It's The End of the World by this ensemble ...