During his short but prolific recording career, circa 1935- 1941, Piedmont bluesman Blind Boy Fuller was one of the most popular performers in the Southeast United States. His records sold in the thousands, (impressive numbers during the late-1930s) and his ability to perform in traditional blues, ragtime, hokum, and pop styles allowed him to reach the broadest audience possible. Possessing a bold, expressive voice and an impressive finger-picking style typical of Piedmont blues, Fuller and his steel National resonator guitar remained extremely popular both on record and in person until his death in 1941. Born Fulton Allen in rural North Carolina, Fuller learned to play the guitar at an early age, learning the traditional field hollers and country rag songs from older singers

Check Shirt Wizard: Live in 1977 is yet another in a lengthy string of posthumous archival work devoted to Irish guitarist and songwriter Rory Gallagher. Like virtually all its predecessors in both audio and video configurations, including Live at Montreux (Eagle, 2006) and Notes From San Francisco (Eagle/Legacy, 2011), this double CD set (also available as ... 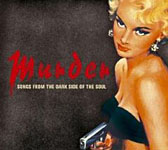 Themed compilations such as Murder. Songs From The Dark Side Of The Soul afford opportunity to hear just how diverse a range of interpretations a theme can provoke. Here the title is self-explanatory and that element of diversity exists in abundance. Sonny Boy Williamson's “Your Funeral My Trial" is still as irresistible as ever; ... 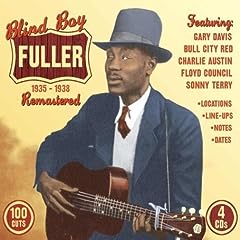