B.J. Jansen, born January 3rd 1981 in Cincinnati, has established himself as a charismatic and dynamic performer, composer, bandleader and educator on and off the stage. B.J.’s journey in music began at age 10 when his father bought him an Alto Saxophone and gave him recordings of Gerry Mulligan and Charlie Parker. He later found his true voice on the Baritone Saxophone while performing in various college ensembles. His musical journey took him from the Midwest to the East Coast when he relocated to Philadelphia in 2004. It was in Philadelphia that he found the, “heart beat”, of Jazz 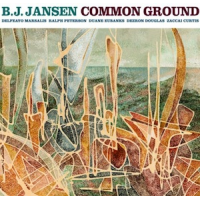 BJ Jansen has launched an IndieGoGo Crowdsourcing Campaign for his 10th recording project as a leader with a planned release in the Spring of 2017. The recording will feature all original compositions and arrangements. He will be joined on the recording project by: Delfeayo Marsalis- trombone Ralph Peterson – drums Duane Eubanks ... 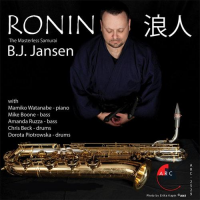 Baritone saxophonist B.J. Jansen demonstrates his versatility as a composer and performer on Ronin, his third release as a leader. The nine originals that comprise the album cover a gamut of styles while remaining firmly in the jazz mainstream. On the boppish “Manhattan Trane'in" for instance Jansen wields his horn with agility as he ...

The New Artist Development Model: Growing your Brand from the Ground Up

So you are a jazz musician trying to navigate the complex path to build yourself into a sustainable brand? Where do I begin? What are the steps in the New Industry Model? How can I move forward? How can I survive? How can I cut through the clutter? These are ...

Several months ago Michael Ricci approached me with the idea of starting a column dealing with the business of jazz. During our subsequent conversations we both agreed that jazz musicians needed more tools, more ideas and more education on how to successfully monetize their music and strengthen the jazz scene as a whole. Given my formal ...