Paul Williams, known professionally as Billy Paul, was a Grammy Award-winning American soul singer, known for his 1972 #1 single, "Me and Mrs. Jones", as well as the 1973 album and single "War of the Gods" which blends his more conventional pop, soul, and funk styles with electronic and psychedelic influences. He was one of the many artists associated with the Philadelphia soul sound created by Kenny Gamble, Leon Huff, and Thom Bell. Paul was identified by his diverse vocal style which ranged from mellow and soulful to low and raspy. Questlove of the Roots equated Paul to Marvin Gaye and Stevie Wonder, calling him "one of the criminally unmentioned proprietors of socially conscious post-revolution '60s civil rights music.

The Young Philadelphians: Live in Tokyo

Ah, The Sound of jny: Philadelphia. For folks lucky enough to grow up in or around the City of Brotherly Love and Sisterly Affection in the mid-to late-1970s (I'm one), the very phrase resounds with memories, most emanating from Sigma Sound Studios on North 12th Street: Thick yet clear arrangements, pumping and thumping basslines and rhythms, ...

[ Editor's Note: The following interview is reprinted from George Colligan's blog, Jazztruth] Dwayne Burno is one of the great bass players of his generation. Originally from jny: Philadelphia, Burno has been on the New York and international jazz scene since 1990. He has played with so many of the great legends of jazz: ... 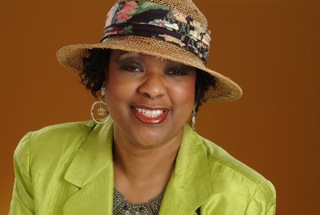 Jazz Bridge is proud to present Sherry Wilson Butler and her heartfelt tribute to Nina Simone at the Mt. Airy Presbyterian Church on Thursday April 14th. With her will be pianist Barry Sames, bassist Steve Beskrone, and drummer Anwar Marshall. One show: 7:30-9PM. Tickets: $10/$5 for students. No advance sales. Free Refreshments! For info: 215-517-8337 A ...