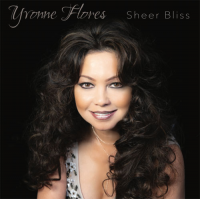 Label: Cristabel Records
Released: 2022
Track listing: Breathlessly; So Easy; Wild is the Wind; Take it Away; Sheer Bliss; Morning Joe; Boracay; Antidote; Till There Was You.

The debut album from Bay Area vocalist and composer Yvonne Flores, Sheer Bliss is musical magic from a wonderful singer armed with a sensuous voice and is sure to grab critical attention. The album contains seven original sand two standards in an offering of contemporary jazz and pop with a touch of the Latin and Brazilian ... 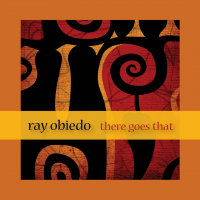 Noted guitarist Ray Obiedo's There Goes That (Rhythmus Records) is his first album since 1999's Modern World (Domo Records). Over his 4 decades plus career, Obeido has worked with an impressive Who's Who List of musicians including: Herbie Hancock, Bobbi Humphrey, George Duke, The Whispers, Brenda Russell, Pete Escovedo, Grover Washington, Jr., The Rippingtons and Lou ...

San Francisco, CA - A longstanding member of the Santana band, Bill Ortiz is proud to present his new full-length release titled Highest Wish. A follow up to his “Winter in America” EP released earlier this year, this new album project features conscious emcees such as Casual, The Grouch, Zumbi (of Zion I) and K-Maxx, as ...

Bill Ortiz, Santana's Supernatural Trumpeter, Announces Shows and New Single San Francisco, CA - Bill Ortiz, Santana's longtime Supernatural Trumpeter, who has been receiving nothing but accolades since the July release of his debut CD, From Where I Stand, announces new shows in the San Francisco Bay Area and Las Vegas, a new Single, and international ...

Santana’s Supernatural Trumpeter, Bill Ortiz, Announces CD Release Party A Diverse Musical Journey Comes to Yoshi’s Oakland, September 28, 2009 September 3, 2009 – SAN FRANCISCO, CA - Bill Ortiz, a legendary name synonymous to San Francisco’s music scene, who has been receiving nothing but accolades for his debut CD, From Where I Stand since it ...