Bill Hart was born and raised in Canada and began playing guitar at the young age of nine years old. Hart immediately felt drawn to the instrument and would find every opportunity to covertly rendezvous with his guitar. A lifelong connection was formed. Hart started taking lessons when he was thirteen. Initially, he played rock, influenced by the diverse guitar styles of Jimi Hendrix, David Gilmour of Pink Floyd, and Led Zeppelin's Jimmy Page. One day, in a music store, he saw a jazz musician playing a guitar and doing the most incredible things. Bill wanted to know how the guitarist played that amazing music 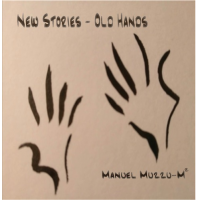 Meet Bill Hart:Born and raised in Canada, Hart started playing guitar at nine years old. He moved to the United States at the age of thirteen and was playing professionally by sixteen years old. His first professional experience was playing with his rock band in a pit for theater shows, featuring shows like Rocky ...

This Is Why, the latest release from guitar guru Bill Hart, is a fusion freight train transferring payloads full of blues, funk, rock and jazz. It is precisely this jambalaya of genres that makes Mr. Hart's music so accessible. “This is Why" features five-time Grammy nominee award winner Mike Stern (guitar) along with Enrico Galetta (bass), ...

Label: BHM Productions
Released: 2008
Track listing: On My Way Home; Look Out for June; Jim Gillian; Sara's Song; Anna Banana; Loose Gravel; Subject to Change; You're Next; Canadese Aricano; What Are You Doing; This is Why; Inside Out; Spazio Aperto; It's Working; Cerchi Nei Grano.

Guitarist Bill Hart's early training was fairly non-traditional. As a teenager, he spent time playing in theaters performing The Rocky Horror Picture Show and Little Shop of Horrors. Fascinated by the mathematical precision of music, Hart attended the Guitar Institute of Technology in Hollywood, California, graduating with honors. Hart has studied under master guitarists including Mike ...