I picked up a Blue Note box set titled One Night with Blue Note Preserved. It contains a concert presented at Town Hall, NYC in February of 1985 which relaunched the historic label after years of dormancy. Tonight, in addition to selections from this concert—Herbie Hancock, Art Blakey, McCoy Tyner and others—we'll explore other live recordings ...

Who Was Bill Evans?

Bill Evans, one of the most influential and tragic figures of the post-bop jazz piano, was known for his highly nuanced touch, the clarity of the feeling content of his music and his reform of the chord voicing system pianists used. He recorded over fifty albums as leader and received five Grammy awards. He spawned a school of "Bill Evans style" or "Evans inspired" pianists, who include some of the best known artists of our day, including Michel Petrucciani, Andy Laverne, Richard Beirach, Enrico Pieranunzi and Warren Bernhardt. His inescapable influence on the very sound of jazz piano has touched virtually everybody of prominence in the field after him (as well as most of his contemporaries), and he remains a monumental model for jazz piano students everywhere, even inspiring a newsletter devoted solely to his music and influence.

There are some years when certain artists and their instrument stand tallest among the tall. This year it was piano players. Established names, exciting discoveries. Creation music for repeated listening, relentless invention, insight, humor, new equations. Each with a particular turn, a defining touch, that takes you past the chaos of our harshest days. 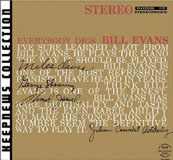 This Keepnews Collection remaster/reissue of a 1958 recording is welcome if only as a reminder of Bill Evans' trio playing before the period of the celebrated Village Vanguard Sessions (Riverside, 1961). Instead of near-equal interaction by all three trio members, a supportive team of drummer Philly Joe Jones and bassist Sam Jones provides a non-intrusive backdrop ...

Bill Evans Trio The Oslo Concerts Shanachie Entertainment Corp. 2007 Arguably sharing with John Coltrane the distinction of being the primary shaper of the language of jazz over the past fifty years, Bill Evans was also a remarkably focused and consistent artist who paradoxically manifested different musical personae, ...

With one and a half hours of material, this three-disc box set proves invaluable. It brings the classic Bill Evans Trio into focus for an evening of modern jazz that's played the way it's supposed to be played. You can relish every nuance of this session because it's not loud, forceful, flashy, or intense. No, Bill ... 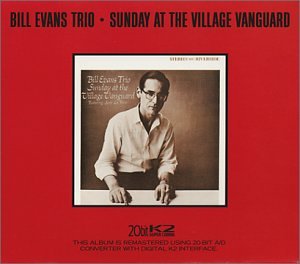 To look at Bill Evans in the 1950s and '60s, one might think that he was the most unlikely looking jazz titan to ever depress a piano key. Thin and bespectacled with a dweeb's haircut, Evan's was the picture of a bookish intellectual. He was well versed in the European Impressionism of Les Six and Debussy, ...