Bill Elgart, often credited as Billy Elgart is one of many American jazz musicians who have settled in Europe. Quite often based out of Munich, Elgart's credits include appearances on some choice {{m: Paul Bley = 5083}} records, an appropriate bandleader to bring up in this context as he has in his own biographical writings explained what has come to be known as the "Bley test" for American jazz musicians trying to settle in Europe. Whether or not Elgart was able to pass this test, he seems to have successfully replaced {{m: Paul Motian = 9653}} in Bley's band in the early 70's, and jazz listeners have the opportunity to directly compare the two drummers on several albums on which they both appear, including the early ECM release Paul Bley With {{m: Gary Peacock = 10182}} as well as the album Turning Point, good enough to be released by both the Improvising Artists and Steeplechase labels and also highlighting a rare appearance by tenor saxophonist {{m: John Gilmore = 7046}} outside the interplanetary confines of the {{m: Sun Ra = 10507}} Arkestra. Elgart has also collaborated with vibraphonist, pianist, composer and bandleader {{m: Karl Berger = 4931}}, appearing on that artist's return to recording following a hiatus, No Man Is An Island on the Knit Classics label.

Label: Jazzwerkstatt
Released: 2021
Track listing: Verticality; High Rider; Boulder Clay Movement No. 1; The Duck Stays Between The Teeth; Alternative Experimental Assembly X; A Day Like Any Other; All Other Forms Of Matter And Energy; Aerolith.

The trio of Ab Baars, Meinard Kneer, and Bill Elgart obliges listeners to reflect on how they listen to freely improvised music, not in a concert setting where the listeners' attention is in effect captured, but the act of listening to a performance from recorded format. A fellow critic eschews records, saying that the experience is ... 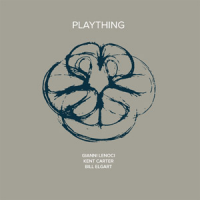 Italian pianist Gianni Lenoci forms one apex of a trio with almost unlimited collective nous on Plaything. There are main two reasons for that: Kent Carter on bass and Bill Elgart on drums, both veterans of the 1964 October Revolution in Jazz, who have since carved niches for themselves in Europe. Carter 's early exposure arrived ...

Dutch reeds master Ab Baars and German double bassist Meinard Kneer began to work as a duo and recorded an acclaimed album, Windfall (Evil Rabbit, 2010). While playing a gig in 2010 at the Bimhuis Club in Amsterdam, the duo hosted veteran American drummer Bill Elgart, known for his collaborations with Paul Bley and Lee Konitz, ... 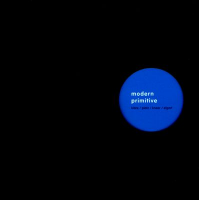 Steeped in various aspects of jazz tradition as much as it is on the cutting edge, the sonic territory covered by Modern Primitive is vast, to say the least. The music here, all freely improvised, has a warmth and immediacy that comes from intense, shared listening. Though there are no tunes or changes per se, that ...

Aych is a trio comprising Mary Halvorson guitaristry, Jim Hobbs saxophone honing and Taylor Ho Bynum cornettery in some serene survey of juxtapositions Mr. Hobbs variously describes as “porch music" This will be a Boston premiere as is a cd release show for the newly reshaped Taylor Ho Bynum Sextet brought to ears as Apparent Distance ...

Bill Elgart is Hale and Hearty on Evil Rabbit Records

Evil Rabbit is beyond pleased to announce the release of its 18th recording, Modern Primitive, with legendary expatriate American drummer Bill Elgart joined by Jan Klare upending alto sax, clarinet and flute, Jeff Platz getting his guitars ashes hauled and Meinrad Kneer working a double bass til it's near ready for kindling across 9 compositions and ...