Bill DeArango was self-taught on guitar. While he attended Ohio State University, he played with Dixieland bands at night. After serving in the Army from 1942-44, he moved to New York City and worked first with Don Byas and Ben Webster. A year later, he played on an album with Sarah Vaughan, Charlie Parker, and Dizzy Gillespie. He worked as a sideman with Eddie "Lockjaw" Davis, Ike Quebec, Slam Stewart, then led his own band with Terry Gibbs.

In 1947, DeArango returned to Cleveland. In the '60's he opened up a guitar store and taught guitar lessons. DeArango also performed locally for two decades 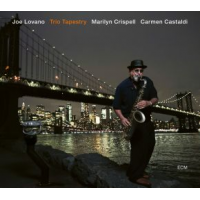