Results for "Between Black & White" 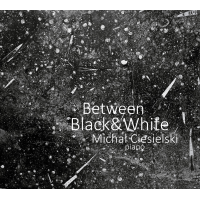 The Japanese-American band Hiroshima's Windham Hill Jazz debut,Between Black and White, offers its most memorable moments when the band leans closer to its Japanese roots, such as on the ethereal "Dreams" the mysterious, percussive "Picasso's Dance," and the brief percussion-only interlude "Omo Tai." But on many other cuts, only June Kuramoto's koto saves the ...