Bertram Turetzky (b. February 14, 1933) is a contemporary American double bass soloist, teacher, and author of The Contemporary Contrabass (1974, 1989), a book that looked at a number of new and interesting ways of playing the double bass including featuring it as a solo performance vehicle with no other instrumental accompaniment. Turetzky has performed and recorded more than 300 pieces written by and for him. He is a composer whose music has achieved some prominence, as have his interpretations of early music and composers like Domenico Dragonetti. Music critic Michael Steinberg has praised his continuo playing 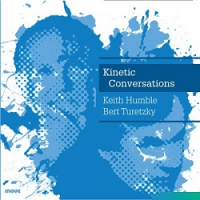 This long-dormant recording by the late Australian composer/pianist Keith Humble and legendary contrabass virtuoso Bertram Turetzky is finally available as Kinetic Conversations a searing document recorded in Mandeville Auditorium at the University of California, San Diego, on March 19, 1986. The quality, both in terms of fidelity and performance values, is sterling ... 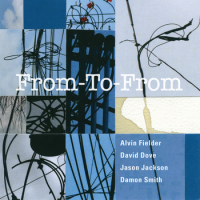 This quartet represents a meeting of generations and their approaches to jazz and improvised music. The quartet resembles such early free jazz units as the New York Art Quartet or the Archie Shepp--Roswell Rudd Quartet. Veteran drummer Alvin Fielder--the eldest member, with an encyclopedic knowledge of modern jazz drumming--is known for his extensive collaborations with saxophonist ...

Contrabassist Bertram Turetzky's career is nothing short of extraordinary. He almost single handedly redefined the role of the bass in 20th Century classical music, from one of back row support to that of featured and celebrated soloist. Even within the confines of classical music, Turetzky's range is huge: he is a master of early, pre- Bach ...