Bassist-composer, Ben Wolfe, has recently released his new CD, “No Strangers Here” on MAXJAZZ. As Wynton Marsalis said, “Ben Wolfe swings with authority.” And as can be heard from Ben’s original compositions on this, his fifth and newest CD, Ben also innovates and “scores” with authority. Downbeat Magazine says, “ He hews to the esthetic of group interplay and the rhythm’s of bebop, and displays a well-honed sense of sonic narrative.” In January 2008, The New York Sun reviewed Ben’s new composition, “From Here I See,” created for the Harlem in the Himalayas series at the Rubin Museum, as a piece “Bernstein would doubtlessly have approved of.” Like many of Ben’s compositions, this 25-minute Suite fell into line with the jazz concept of a double quartet " a format that combines the standard jazz quartet with the standard string quartet. Ben Wolfe’s work is a true ensemble " expressed in the group sound, rather than dominated by extended solo compositions 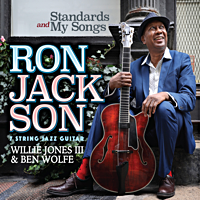 Label: Roni Music
Released: 2022
Track listing: Brandy (You’re A Fine Girl); Walk Fast; From Dusk To Dawn; For Pat; Moose The Mooche; This Nearly Was Mine; The Secret Garden (Sweet Seduction Suite); Will You Still Be Mine?; She Is Love; Roundabout; Time After Time

Second part of this week's ride through the new releases prairie with music by artists that cover a lot of ground, from Chicago Underground Quartet to Jesse Harris, from Valentina Ciardelli's take on Frank Zappa to Roger Kellaway' interpretation of Paul Desmond, and much more For the first part of the show click ...

JD Walter: Dressed in a Song

JD Walter is a consummate vocalist who has devoted himself over many years to evolving a unique style that is nevertheless ensconced in the jazz tradition. The public relations sheet for this new CD states that “this is his first release since recovering from a life-threatening heart condition and surgeries on his heart and vocal cords." ... 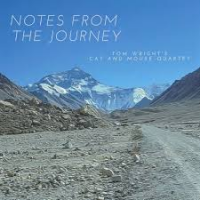 There always seems to be a constant flow of worthwhile new music coming out, so much that it is to be impossible to cover it all within its calendar year. Here are seven notable releases from the last few months of 2019. Gebhard Ullmann mikroPULS Intuition 2019 The ...