Ben Bryden is a transatlantic saxophonist and composer combining a lyrical sound with a memorably melodic approach to composition. Born in Scotland and based in New York since 2009, he has performed with a multitude of admired musicians from the jazz idiom, (Will Vinson, Ben Wendel, Eivind Opsvik, Chris Lightcap, Kenny Wollesen and the legendary Les Paul) and at many of the city’s most loved venues (Cornelia Street Cafe, Zinc Bar, The Bar Next Door, Le Poisson Rouge, The Iridium) In Europe, he has collaborated closely with artists such as Steven Delannoye (Belgium), Phil Robson, Tim Thornton (UK) Reinier Baas and Mark Schilders (Netherlands), leading a number of groups and appearing at festivals and venues such as Ronnie Scotts, The Edinburgh Fringe, Glasgow Jazz Festival. He has released 4 records to date: Bright Noise (“A fluidly lyrical band built around two-tenor interplay” Time Out New York), 1957 Flying Scot (“The most delightful artifact” BBC Radio Scotland) and Glasgow Dreamer: The Music of Ivor Cutler "Intriguing and melodically engaging interpretations" ★★★★ Jim Gilchrist, The Scotsman) ​November 2019 saw the release of his fourth offering, on Circavision Productions: Figure of Eight is a programmatic palindrome of musical wanderlust showing how far flung and seemingly disparate ideas and influences feed back into one another to create a coherent and connected whole 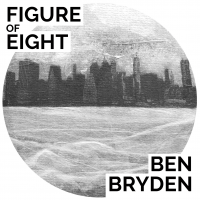