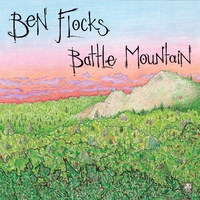 California native, saxophonist Ben Flocks' compositions parallel an imaginary cross-country trek via the diverse climates he conjures with these alluring compositions. Spanning intermittent similarities to guitarist Bill Frisell's sojourns into Americana along with frothy New Orleans second line fare, spacey jazz rock, and a few quirky little ditties intermingled along the way, his debut is an ...