Alex Jønsson is an award-winning Danish guitarist, composer and improviser, based in Copenhagen. He has been greatly recognized for his Nordic and melancholic expression – both as a composer and a soloist - and has toured in most of Europe as well as in India. Most people will know him from orchestras like I Think You’re Awesome, Mirja Klippel and Bagland. Yet, in recent years, as a composer and a bandleader, Alex Jønsson has raised his profile as one of the most interesting jazz guitarists on the modern scene. Since 2012, he has been nominated for a Danish Music Award Jazz no less than nine times! Jønsson’s fourth album as a leader, ‘Heathland’, was released in February 2020.

The Copenhagen based trumpeter Jakob Sørensen released the renowned debut album Bagland in 2015 and the follow up NOMAD back in 2016 with his own quintet playing his own compositions which really sat course for his future sound and career. In 2019 the third album Cirkel was released. Jakob’s work as a composer has been performed from duos to Big Band’s. Jakob has been touring all over Europe and with his own group in Sweden, Germany and Denmark. His style of playing has been compared to the playing of the ECM artist Nils Petter Molvær. 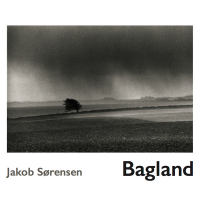