Having graduated as an architect from the Technical University Budapest (BME), and as guitarist from the Jazz Faculty of the Béla Bartók Conservatory, he started to play in leading Hungarian jazz bands. He founded his own band, the group „Kaszakő” in 1975, which had a really original sound. Their first record was published under the title Édenkert (Garden of Eden) in 1983. He formed the group „Things” with sax player Tony Lakatos in 1985, which functioned for a period of seven years. During his career he played with such world famous jazz musicians as Randy Brecker, Anthony Jackson, James Moody, Tommy Campbell, David Friedman, Gary Willis, Hiram Bullock, Billy Cobham, Miroslav Vitous, Peter Erskine, Bob Mintzer, IlaiyaRaaja, Jimmy Haslip, Russell Ferrante and Patti Austin. He has been teaching at the Jazz Department (formerly faculty) since 1987, and is currently the Associate Professor of the Ferenc Liszt Academy of Music, as well as the leader of its big band

A household name in Hungary's jazz topographic for about 40 years, Hungarian guitarist Attila Laszlo has made a lasting impact on the fusion guitar world with a number of critically acclaimed collaborations, and by performing alongside international heavy weights of the genre, such as Randy Brecker, Peter Erskine and Weather Report bassist Miroslav Vitous. More recently ... 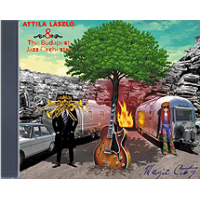 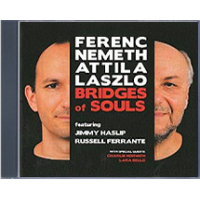 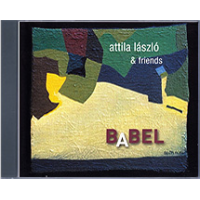