ANTONIO VALDETARO launches “Leticia”, his first CD The guitarist, along with his band, just launched the first album with his own composition. An excellent guitarist, Antonio Valdetaro is also an untiring traveler. Nevertheless, he is a traveler with a unique character: the type who falls in love for the new and the different that dwells in each place. He is a lover who renders himself affectionately to the unexpected and settles himself there. That was the case when he settled residency in Europe after touring through Portugal, France, Germany and Spain. And it was not different when this musician from Niteroi (Rio de Janeiro, Brazil) decided to live in Brazilian cities other than his hometown Niteroi Rio de Janeiro: Salvador, Belo Horizonte and São Paulo, where he has been living since 1999 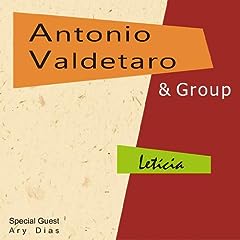