Born in Guildford, UK, Anita moved to Australia with her family as a child. Anita's formative years were spent soaking up the Rodgers and Hammerstein and Cole Porter classics. She also explored her father's collection of big band albums by Duke Ellington, Count Basie and many more. During her teens, she started to get to grips with the complexities of modern Jazz when she discovered Clifford Brown, Cannonball Adderley, Miles Davis and Charlie Parker. At the same time she learned her vocal craft from greats like Ella Fitzgerald, Mark Murphy, Carmen McRae, Betty Carter, Jon Hendricks and Eddie Jefferson. After attending secondary School she completed her degree in Music at the Adelaide University

"What fresh Hell is this?" We begin with songs by Dorothy Parker, who, though best known for her sharp wisecracks, turned out several luscious standards in her day. In the second hour, we salute the great Count Basie then usher in the Leonard Bernstein centennial celebration; plus there is a bumper crop of new releases to ... 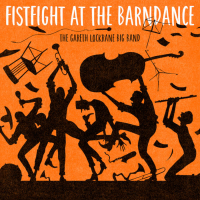 Gareth Lockrane started playing the flute at the age of ten and having played in various bands, he went on to study with Eddie Parker, Mark Lockheart and Hugh Fraser at the London's Royal Academy of Music from 1994 to 1998. Lockrane was a member of the UK's renowned National Youth Jazz Orchestra from 1995 to ...

What defines power? That's a tough question to answer in general, and an even harder one to figure out when it comes to the world of music. For in music, a whisper may carry greater weight than a roar, an honest gesture can outdo a demonstration of brute strength and technique, and a direct message to ... 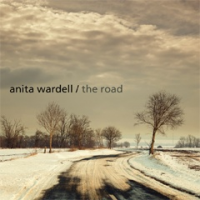 Kenny Wheeler: The Making of "Mirrors"

It often comes as a surprise to people when they discover that trumpeter/flugelhornist/composer Kenny Wheeler is not British. Well, not British born, for although born in Toronto, Canada, in 1930, Wheeler has spent the last 60 years living in England, which surely makes him as English as Ploughman's Lunch or a pint of bitter. The recording ...