Coming from a musical family, trombonist Andy Martin launched his career while still in his teens. His technique and virtuosity quickly established him on the Los Angeles music scene. As an instructor, Martin has influenced countless young players. He has appeared at many colleges and universities throughout the country as a guest artist and clinician. A world-class jazz musician, Martin is featured as leader or co-leader on twelve albums. These albums showcase his collaboration with other top jazz artists such as the late Carl Fontana, Pete Christlieb, Bobby Shew, and Eric Marienthal. He has also collaborated as a sideman with jazz greats such as Stanley Turrentine and Horace Silver

Gordon Goodwin's dynamic Big Phat Band rumbles back onto the scene with The Reset, a somewhat less-than-big-phat album whose dual purpose, according to Goodwin, is to express hope and gratitude in the wake of the Coronavirus pandemic and to honor one of Goodwin's mentors, the late Sammy Nestico. Goodwin calls the album an EP, whose twenty-eight ... 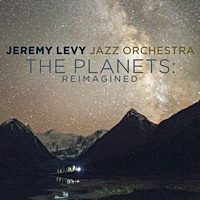 The Planets, a picturesque seven-movement suite written more than a hundred years ago (1914-16) by the English composer Gustav Holst, has been marvelously Reimagined in a present-day framework by film scenarist Jeremy Levy and his superlative Los Angeles-based Jazz Orchestra in a medley that safeguards the tantalizing flavor of the original while adding sufficient seasoning and ...

Back in 2001, trumpeter/composer/educator Rich Willey released a critically acclaimed album titled Gone with the Piggies (CAP Records). As a result, a savvy audience has followed him cult-like ever since. With Down and Dirty, the former Maynard Ferguson standout delivers a bacchanalia presentation both as player and composer, surrounded by a unit of Los Angeles' finest ... 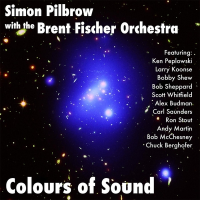 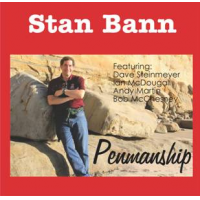 To those who know him, it's no secret that Stan Bann is partial to the trombone. After all, the Minnesota-based composer / arranger plays one himself, leads Stan Bann's Big Bone Band and is a mainstay as writer and performer with the Minneapolis Trombone Choir. And as if that weren't a large enough clue, Bann welcomes ...