Saxophonist, reed doubler (clarinet, flute) and composer born in 1979, resident in Oslo, Norway. Anders studied to a master degree in performing arts at Göteborg University (Academy of music and drama) after completing his bachelor at the Norwegian academy of music in Oslo. With roots in the jazz tradition, Anders seeks out a broad span of influences which come to display both in his playing and writing. Studies of classical composition of the 20th century, Indian classical music and Maqam tradition of the Middle-East continue to make way for explorations in playing techniques, composing and theoretical development. Anders started his professional career with the quartet Sphinx in 2000; a collaboration with fellow students David Arthur Skinner (piano), Audun Ellingsen (bass) and Ulrik Ibsen Thorsrud (drums) which lasted over a decade and produced several tours in Norway, Great Britain, France, Belgium, Finland and Japan, as well as six album releases

It would be easy to riff on the title of bassist André Carvalho's new recording, The Garden of Earthly Delights, and come up with a very apt theme for this episode, something like Three Hours of Amazing Musical Colours, or The Crayola Effect. From Carvalho's release, based on Hieronymous Bosch's painting to the vibrant pastels of ...

Italian saxophonist Roberto Ottaviano's latest recording is really about love--not so much the romantic kind, but more about the love that jazz musicians and fans have for enduring compositions written by the likes of Charlie Haden, Abdullah Ibrahim, John Coltrane, Dewey Redman and Don Cherry. And let's not forget about creative music's love affair ...

Built and fully realized in its moment of fruition, Norwegian saxophonist and bass clarinetist Anders Lønne Grønseth's Multiverse lays waste to the tired notion that music from the Scandinavian hinterlands has to bear the mark of chilly emotion. The musical flow and invention heard so immediately on Multiverse is a restless wonder, resulting in ...

Ever since Jan Garbarek put Norwegian jazz on the map, and especially so after the international success of his rigorously ascetic Officium (ECM) in 1994, the music has acquired a reputation for being not entirely passionless, but emotionally withdrawn. The “Scandinavian sound" which Garbarek championed was conceived in collaboration with ECM label founder Manfred Eicher as ... 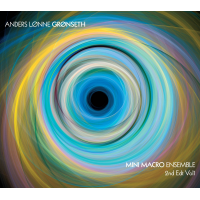 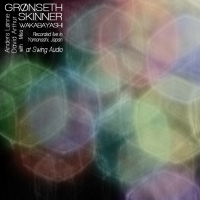