Amanda McBroom has been called "...the greatest cabaret performer of her generation, an urban poet who writes like an angel and has a voice to match." Her name first came to the attention of the music public when Bette Midler's version of Amanda's song THE ROSE hit number one all over the world in 1979. But it was Amanda's performance of her own song on the Golden Globes (she won), Grammys (she didn't) and The Tonight Show that launched her career as a singer as well as songwriter. Her songs have have been recorded by the likes of Bette Midler, Leanne Rimes, Barry Manilow, Judy Collins, Barbara Cook, Anne Murray, Harry Belafonte, Betty Buckley, Stephanie Mills, The Manhattan Transfer, Donny Osmond, the Chipmunks, and the Baby Dinosaurs in LAND BEFORE TIME (she wrote all the songs for 11 Universal Cartoon videos with longtime collaborator Michele Brourman)

These Leos Are Jazz Lions

Many special birthdays in this episode of A Broad Spectrum as we honor the great Abbey Lincoln and remember Bernice Petkere, named the “Queen of Tin Pan Alley" by Irving Berlin for her songs “Close Your Eyes" and “"Lullaby of the Leaves." Playlist Linda Dachtyl “A Late One" from A Late One (Chicken ... 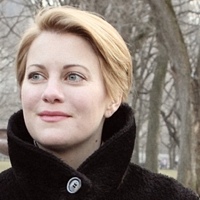 Maud Hixson has built an accomplished career as a performer and recording artist out of unlikely circumstances. She grew up far from the capitals of jazz and vocal music, in the Twin Cities area. Doris Day's performance in the Ruth Etting biopic “Love Me Or Leave Me" served as a primary inspiration for a young Maud ...