Alvin Queen was born on August 16, 1950, in the Bronx, New York, but his family relocated to Mt. Vernon when he was 2 years old. The Queens were poor, but the Levister Towers Projects, where Alvin grew up, proved to be rich territory, as he was surrounded by many individuals who, like him, sprouted into the leading exponents of their generation. There were scores of musicians, like sax men John Purcell and Jimmy Hill; vibraphonist Jay Hoggard; pianist Tommy James; B-3 organ champ Richard Levister; his swinging brother, Millard Levister on drums; and far too many others to name. And Alvin's list of celebrity running mates didn't end with musicians; they included future NBA stars like Ray Williams of the New York Knicks and Gus Williams of the Seattle Supersonics. Alvin's hoop skills, however, were limited to the neighborhood courts, where he'd go head-to-head at the infamous Fourth Street playground with other wannabe hardwood stars, which included future Academy Award winner Denzel Washington 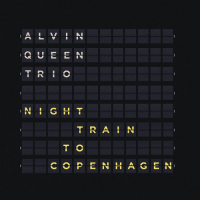 I missed this album when it came out last year, but I want you to know about it now in case you missed it, too. Alvin Queen is a superb drummer with a beautiful, sentimental touch on sticks and brushes. Born in the Bronx, Queen lived in Canada in the 1970s and then relocated to Switzerland ...

From a cat that was born with jazz in his blood originally from the Bronx and now living in Switzerland since 1979, that was drummer Alvin Queen with the cut Sushi off a very well received 2019 CD Tribute to OP. The album plays respects to his old friend and mentor Oscar Peterson. We go from ...

TD Toronto Jazz Festival Various locations Toronto, Canada June 18-29, 2015 With festival season in full swing, it's always an opportunity to see what the state of jazz is and to hopefully discover something new. The challenge is of course that there are always many choices and one might be guided ...

Meet Tracy Mothershed: I use to listen to my mother play the piano and try to follow her... I would listen to my Grandmother sing and Grandparents dance. My uncle Douglas and I would sing and sing... play records and I would pretend to have a microphone and be a famous jazz singer.

Meet Lena Bloch: Lena Bloch was born in Moscow and has studied music in Israel, Germany, and the United States where she earned a Master's of Music in Composition at the University of Massachusetts Amherst. Since moving to the United States in 2003, Bloch has been a solist with the Vermont Jazz Big Band, the ...