Alfred 23 Harth is a German multimedia artist, band leader, musician and composer who is mixing the genres in a polystylistic manner. As a person with synesthesia he uses numerology inspired by mystical sources as well as by Alban Berg and his music magazine 23, William Burroughs and Robert Anton Wilson. His short name is A23H. He was born in 1+9+4+9 = 23 in Kronberg im Taunus, Germany and artistically initiated by visiting a dada exhibition in 1+9+5+8 in Frankfurt/Main since then he started with drawing.

In 1+9+6+7 he founded the synaesthetical pools centrum freier cunst and Just Music. In 1970 he started photography, yoga and judo in a search of mystical extension and founded the group E.M.T., 1972-1974, with his then partner artist and pianist Nicole Van den Plas from Belgium and Sven-Ake Johansson from Sweden and worked with the New Yorker magician, numerologist and musician Perry Robinson and studied The Fourth Way by Ouspensky. In 1+9+7+6 he joined the loft jazz scene in New York and recorded the first LP of the Duo Goebbels/Harth and started with video.

Later in 1982 he co-founded the music group Cassiber and initiated the music group Duck and Cover and its composition in 1983 and co-organized the Marry the World By Conference Call in 1984 at the waschSalon gallery in Frankfurt/Main which he maintained with his then wife Karin Jedermann-Harth during the years 1984 to 1991.In 1+9+8+5 he adapted the number 23 in his name,recorded the LP Nouvelle Cuisine with the group Gestalt et Jive and composed a minimalist video installation Sam Lang.He contributed an Amphibian Match to the under water concert initiated by Micky Remann in Frankfurt/Main in 1986. The same year he produced a remix album Anything goes.In a stream of subcultural fake art he was inspired by Stockhausen’s concepted origin from Sirius and the paradise now movement by the Living Theatre.

He wrote a manifest Paradigmenwechsel in 1988 in which he proclaims the Instant City Happiness I-culture. The same year he founded the post modern group Vladimir Estragon comprising Einstürzende Neubauten drummer FM Einheit. In 1989 he created the performance Wenn Gott tot ist,dann ist er im Himmel with a sound collage of original interviews with Jean Baudrillard, Christina von Braun, Villem Flusser, Friedrich Kittler and a performance with Russian poet Dmitri Prigov at the Documenta Archive in Kassel in 1990. The same year he exhibited William Burrough's Paintings On Paper in Frankfurt/Main and had a retrospective called 2324 FU at the Dominikanerkloster, Frankfurt,and with Heinz Sauer he founded the duo Parcours Bleu a Deux which used pedal steered electronics.

In 1992 he met his wife Korean artist Yi Soonjoo and was portrayed by the Moscow TV in the short film Balance Action which was shown at the International Short Film Festival Oberhausen and the Filmfest Frankfurt.In 1+9+9+4 he changed his artist name A23H back into his original name Alfred Harth and was a member in the artist group Delicatesy Avantgarde with exhibitions in Gdansk. He also created Timezoneyes with cine-pictures of his musical tours and made a street installation "Wilhelm Leuschner zum Gedenken" in context with his art micro system project Gedankenhotel, 1993-1995, and had a retrospective Tensides at the Deutsches Filmmuseum and made a videoperformance Talisman of Karl V with video artist Ginteras Seputis at Schloss Solitude.

He made a remix album with out-of-print Alfred Harth Lps in 1996 and in 1997-8 he re-arranged,conducted and performed the West Side Story at the main theatre in Frankfurt/M. In 2001-2 he had a grant at Samzie Space in Seoul and created the LaubhuetteStudio Seoul. Since 20+0+3 he keeps open if being called "Alfred 23 Harth" or "Alfred Harth" and performed a solo video/electronic event 625 in 2004 in Seoul.In 2005 he produced a DVD T_error. 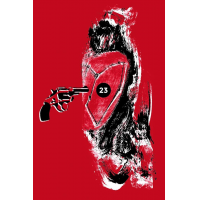 Lindsay Cooper Barbican London Jazz Festival November 21, 2014 I confess I'm less familiar with the work of the late composer and multi-instrumentalist Lindsay Cooper than I might be. On the basis of this gig, that's very much my loss. What brought me here was the fact that I did know ...