Results for "Afternoon In Paris" 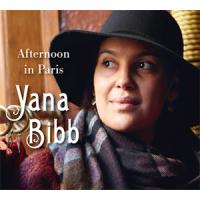 In the beginning: Leon Bibb. Born 1922, he sang at the first ever Newport Folk Festival, was a friend of Paul Robeson and, like him, blacklisted in the McCarthy era for his left-wing sympathies. After fighting segregation in Mississippi in the 1960s, he went to live in Canada. Next came his son, Eric ...

The quixotic enthusiasm of Hatology Records' chief Werner X. Uehlinger for the idiosyncratic music of one- time Lionel Hampton sideman Anthony Ortega continues with this release of a series of solo performances and saxophone-bass duets recorded in 2002 and 2005. The link to Ortega's quiet classic in the sax-bass vein, New Dance (Hatology, 1966), is made ...