Results for "A Curious Feeling" 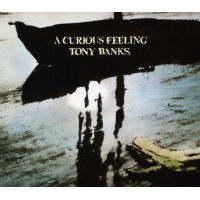 UK-based Esoteric Recordings has compiled a treasure trove of prog rock gems from the past via top-notch remastering efforts, extensive liners, bonus tracks and / or DVDs that offer the same track list and film shorts processed in Surround Sound. Hence, an added benefit to this reissue by famed Genesis keyboard ace Tony Banks. Many consider ... 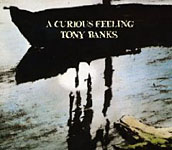 Label: Esoteric Recordings
Released: 2009
Track listing: From the Undertow; Lucky Me; The Lie; After the Lie; A Curious Feeling; Forever Morning; You; Somebody Else's Dream; The Waters of Lethe; For a While; In the Dark.

It's curious, indeed, that Genesis keyboardist/co-founder Tony Banks never achieved the fame that Phil Collins, Steve Hackett, Peter Gabriel and Mike Rutherford did as solo artists. As one of the group's primary writers, his distinctive melodies and voicings have defined the Genesis sound since its inception. Still, based on the majority of Banks' extracurricular solo activities, ...