By Kristen Lee Sergeant
September 20, 2021
Sign in to view read count
Welcome to Jazz & Juice's season finale article—I hope you've enjoyed our first forays into the fun fusion of jazz and wine learning, and found that the 'knowledge is pleasure' axiom has proven itself true for you. Now, after the patience and restraint of the last segment, we venture into the world of the wild, in both wine and music.

Nietzche wrote: "One must still have chaos in oneself to be able to give birth to a dancing star." This chaos, this wildness, is something which cannot be created, imitated or manufactured. The technical training required to become a master in anything often puts wildness in peril; the pursuit of perfection can make an enemy of the uninhibited spirit that must infuse anything great. To our subjects: wine made "perfectly" in lab-like environments under constant supervision frequently will lack a certain specialness that makes one bottle more sought after than another. Technically perfect music, especially in an improvisational art form, lacks a quality of humanity that we all respond to.

That said, wildness run rampant doesn't create work that endures. Some may purport to enjoy cloudy, feral wines left to be freely flawed, or music so uninhibited that it verges on cacophony, but most of us respond to that which celebrates its untamed parts, yet has the marks of technique, economy and choice upon it.

The best in music and wine can pursue excellence while still nurturing the wild inside them. And for some, that wildness is simply irrepressible. 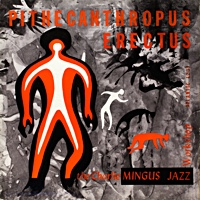 Charles Mingus, a legend and member of jazz's pantheon, retains his outsider appeal and iconoclastic status no matter how celebrated his legacy becomes. The bassist, composer, and bandleader possesses an unmistakable voice as an instrumentalist, and in his work with ensembles as a composer and leader. He was famously challenging to both society and his musicians, and created beauty that was emblematic of struggle.

"Pithecanthropus Erectus," the title track of his 1956 release, remains one of Mingus' masterpieces and a key to appreciating his artistry and impact. It's deeply felt, ambitious in scope, and teeters between unruly freedom and mastery of control.

Mingus described this work as a jazz tone poem which depicts the evolution, hubris, decline and destruction of mankind. It's an urgent premonition as well as condemnation. The vacillation between anarchic 3/4 passages and sly 4/4 swing, alternating in hairpin turns, embody the dialectic of control and chaos, order and wildness.

There is something primordial in the way the instruments come together, and how they jostle in random outbursts that are, of course, overseen and guided by Mingus' supreme vision. In this way, both destruction and becoming bear resemblance to one another.

One of the reasons this particular track (and album) is historic has to do with the way in which it was conceived. "Pithecanthropus Erectus" is a masterwork that is an embodiment of Mingus' Jazz Workshop—a name which covers his working band, publishing company, record label, and most importantly his methodology of creation. This is the first of what would be many Mingus works that did not rely on written music, but on Mingus' oral instruction and the improvisational talent of the musicians in creating ideas. Although Mingus' concept was clear and the moods he hoped to achieve had certain parameters, he wanted the most free and personal expression of those ideas to shine through his players. Much like Thad Jones with his Vanguard ensemble, Mingus' works were often reformed on the bandstand under his direction and in the moment. The structure of the piece is very specific, yet Mingus only supplied his band with a road map of what was to happen, not prescriptive parts. This piece represents a certain evolution of music itself; combining the oral tradition of the earliest music and more modern methods of organization, with the added creativity of the individual solo voice. The work is improvisational and free of both tribal homogeny or unilateral control of the composer.

"Pithecanthropus Erectus" is an apotheosis of classical ambition and programming, jazz language and free improvisation that fuses all that came before it and presages the free jazz (and more) that would follow. While seeking to depict the fall of man in his quest to rule over others, Mingus' work embodies the highest evolution in music -total freedom existing symbiotically with order and control.

Cornas is one of those places that can't escape its own wild quality. Although it sits in the famed Northern Rhône near the esteemed Côte Rôtie and Hermitage, and today has its own claim to fame, Cornas still feels like the rambunctious and unruly cousin to its pedigreed neighbors.

Cornas was long thought of as a country wine—perhaps too funky, too rustic for palates outside of the region. In the last three decades, talented winemakers of Cornas have brought an international reputation to the small appellation through painstaking technique that beautifully frames, rather than obscures, Cornas' natural style.

This month's wine, the Domaine Dumien Serrette Cornas "Patou" 2018, is a fantastic example of the style. It leads with savory qualities of the Syrah grape. Its perfumed of green olive, a certain mesquite meatiness, black pepper, leading to dark bitter chocolate and taut black fruits on the palate. The texture also embodies the region, feeling like velvet rubbing against the grain on your tongue. It's delicious, but never easy.

Another practice that links our music to our wine this month is the manner in which they were created, with a certain kind of informality. This tiny (no, really tiny: 3.5 hectares) estate has been run by the Serrette family since 1925, and have been bottling and selling their own wines since 1983. Nicolas, the current winemaker, learned winemaking from his father Gilbert, not from a school or in a formal way. The power of traditions and instruction passed through generations, and through the winemaking itself, creates a different kind of mastery than formulaic instruction. It honors the special wildness of their property in Cornas.

If you've been reading, watching and listening along these past six months, you might notice most of the terms we've explored this season have appeared in this article. I hope through the explorations of structure, ease, texture, evolution, restraint and wildness you have found some different ways to appreciate both music and wine—I know I have!

After this month's video and podcast, I'll be taking a two month break from the regular features, returning in December. If you'd like to receive bonus creations and updates during this time, join my mailing list for all the latest— you can join at the brand new Jazz & Juice website here! Have a wonderful fall! 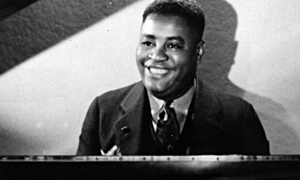 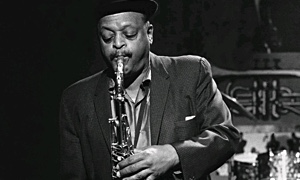 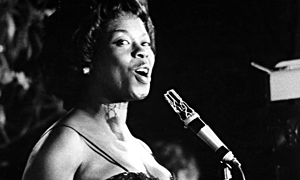 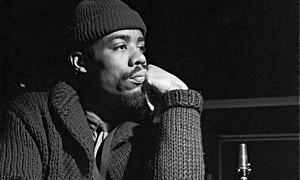