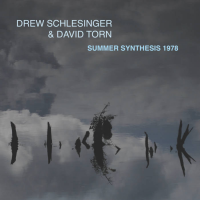 In the summer of 1978 synthesist/keyboardist Drew Schlesinger had assembled a small studio in his apartment in Ithaca, NY and was composing electronic music. When he heard that local guitarist David Torn (then playing in the Zobo Funn Band) had acquired an ARP Avatar guitar synthesizer—one of the first of its kind—he approached him and asked if he'd like to bring it over to explore some of its unique sound capabilities. Torn liked what Schlesinger had been working on, so the pair began collaborating. Six of the fourteen tracks are jointly credited, featuring Torn's substantial additions to Schlesinger's tracks. Four are new Torn compositions—inspired by the Avatar and the additional capabilities of the studio equipment, and entirely performed by him. And four are Schlesinger compositions with him playing all of the parts.

The Avatar was a monophonic analog synthesizer; Schlesinger's array included an Oberheim Expander Module, a Micromoog, and an Oberheim 8-Step sequencer—plus Fender Rhodes electric piano, a Gibson organ, and a Yamaha CS-50 four voice polyphonic synthesizer (used on only a few tracks). So it is very much a period sound, recorded on a four-track analog reel-to-reel tape recorder, with each part played live in a continuous performance. Torn's parts were especially spontaneous: created on the spot, often in one take. Contemporary reference points include Brian Eno's Before And After Science (Polydor, 1977) and Ambient 1: Music for Airports (Polydor, 1978); Tangerine Dream's Encore (Virgin, 1977) and Cyclone (Virgin, 1978); and Klaus Schulze's Mirage (Island, 1977).

"Waterways" is the first collaborative track, and it opens the album with some uncharacteristic sounds: acoustic piano and guitar with rhythmic synthesizer processing. Torn plays a solo with lighter processing: certainly not his trademark sound, but with guitar phrasing and chromaticism that sets it apart from the synthesized accompaniment. Schlesinger's "An Approaching Stranger" strongly evokes Eno, both in melody and programmed percussion. Torn's "Inner Gardens" marks the first appearance of a recognizable guitar sound. In fact the opening section has no processing at all, but the later melody and bass lines both employ the guitar synthesizer.

"Upa War Jazz" was the first track Torn played on, and features a striking synthesized lead line over electronic pulse and low percussion. It sounds like Jan Hammer, but actually playing guitar instead of just emulating one. In contrast to "Inner Gardens," Torn's "Amu Darya" sounds like an electronic soundscape at first, gradually adding processed lead guitar to the mix. His "Radha Dreaming" features a rich texture of guitar with synthesizer, sometimes doubling, sometimes contrasting with the natural guitar sound.

Schlesinger had no formal musical training, but spent a summer at The Boston School of Electronic Music where he learned the fundamentals of synthesis. He went on to a career in professional sound design, working for synthesizer and effects manufacturers such as Roland, Korg, Emu, Kurzweil, Yamaha, Sony, Alesis, Lexicon, TC, Eventide and Casio. Torn of course has had a long, varied career as a guitarist, band leader, film music composer and producer. This document (available exclusively on the Bandcamp site) of their three months of collaboration during the hot summer of 1978 provides a fascinating glimpse into his playing and improvising very early in his career.