By Phil Barnes
September 8, 2015
Sign in to view read count 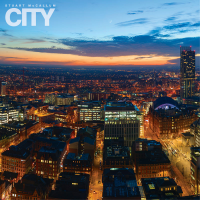 Much of what passes for progressive radio programming, whether that be traditional live to air or internet stations, has been pushed into genre ghettos in recent times—where a record can be enormous within a particular scene but invisible to 99.9% of the world at large. Even in Europe, where the genre constrained formats common in the USA didn't take hold until relatively recently, it feels as if anything that does not fit a mainstream pop template has been farmed out to the margins. Genre should be no more than a shorthand, a way of quickly describing the feel of a piece of music, instead it is the fence erected by the conservative both inside and outside of a particular scene to preserve the purity of their world view—music being criticised for the ways that it does not fit a pre-conceived paradigm rather than being appreciated for what it is. What is there to stop us from listening to Public Image Ltd, next to Vijay Iyer, or Matthew Halsall next to the Pop Group and Bilal after all? Given the open mindedness of its key practitioners, it is strange that jazz suffers more than most from this nonsense—far too many want a piece of music to be played on instruments available in 1958, reference the work of the greats or be written by Rodgers and Hart or Jerome Kern before they will accept it as jazz.

In this climate I fear for musicians like Stuart McCallum. His visual music, as befits a mainstay of the Cinematic Orchestra, treads a different path to the more usual blues rock and classically derived jazz by acknowledging the last 25 years of electronic music in terms of both sound and texture. So opener and title track "City" begins atmospherically with a fragmented sample of vocalist JP Cooper that feels like a jazz coda to Goldie's "Inner City Life" from 1995. McCallum's track develops rapidly, like a late night cab ride through the neon of New York or Tokyo, fragments of the vocal being gradually revealed as if emanating from a car in a queue on a parallel lane that we move away from and closer to as the streams of traffic combine at different speeds. While McCallum's guitar betrays the jazz background, the electronics work like the sort of modernist architecture that grafts the new onto the old to create something modern but with links to the worthwhile qualities of the past. If the album were a city it would be Berlin—new and old co-existing to face the future rather than perpetual return to the battles of the past.

Significant in this approach is the contribution of London based producer and drummer Flying Lotus live : Dorian Concept and Richard Spaven who co-writes all except the title track and produced the album, the latter being best appreciated on Naim's 24 bit FLAC version. Spaven has played with a veritable who's who of artists at the boundaries of jazz, soul and downtempo electronica such as 4hero, Jose James and Flying Lotus. So a track like "Said and Done," featuring Zero 7 vocalist and songwriter Sophie Barker, combines McCallum's arpeggiated guitars with vocal effects that give the track a, more mannered, mid-eighties Cocteau Twins feel before the breakbeats and phasing take over in the final section. It's a way of blending styles, very much in keeping with club culture past, that is extremely effective—you can listen to the album on different levels and gain a subtly different experience each time. There is something of the Cocteau Twins in the ambience of "Effergy" too in a piece that balances sub bass, McCallum's acoustic guitar lines and Fridolijn Van Poll's ethereal vocal textures, yet there are also nods to nineties downtempo electronica in, for example, "T-Onics" which has the warmth of Air's "Moon Safari" reimagined with jazz guitar as lead instrument.

The question for the listener is how much does it matter that this album does not sit comfortably in a single genre box. If you cannot countenance drum and bass or downtempo electronica, however melodic and well put together, then this is not going to be for you. If you will struggle with classic soul textures like the gorgeous synth reminiscent of Rose Royce's "Wishing on a Star" underneath the guitar and electronica on "Mk II" then I fear that you may also turn away from this collection. But if you allow this excellent album to fall between the broad genre preferences in your collection, that would be a mistake. Jazz musicians soak up influences from all of the music that interests them—part of the thrill of the music is how this comes out in their playing, blending and making sense of the apparently incongruous. Stuart McCallum has made an accessible, melodic album that deserves to be widely heard and appreciated, not ignored due to an artificially constructed genre ghetto. Highly recommended.