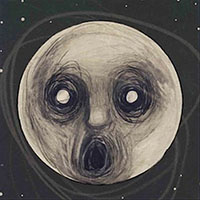 Even though Porcupine Tree began as a solo project for a young Steven Wilson in the late 1980s—and despite the British singer/guitarist/keyboardist remaining its primary composer through to The Incident (Kscope, 2009) and the recent live record from that tour, Octane Twisted (Kscope, 2012)—it's been some time since the group was truly representative of his aspirations, needs and desires. As he said in a 2012 All About Jazz interview: "When you have a group of musicians, you're inherently a democracy; the area you all meet on is, by definition, relatively small. By that, I mean the area upon which we can all agree—this is the kind of music that we want to play—becomes relatively small. And that, in a way, is what gives the band its identity." Since Wilson began releasing albums under his own name with Insurgentes (Kscope, 2009), he's had the opportunity to more freely explore his own muse for the first time in well more than a decade.

That's not to knock Porcupine Tree; but with the release of his follow-up studio album Grace for Drowning (Kscope, 2011), Wilson demonstrated a kind of personal evolution that had become lacking with what was still, up until then, his flagship group. It was only with his recruiting a new touring band, however, that Wilson's solo career really kicked into high gear. His 2011/12 tours, including a fall, 2011 Montreal show, set a new standard for large scale performing on a small-scale budget, and the subsequent limited edition live CD, Catalog | Preserve | Amass (Self Produced, 2012) and full concert Blu-Ray/DVD/CD, Get All You Deserve (Kscope, 2012), provided further evidence of a career back on an upward trajectory.

Grace for Drowning was strongly influenced by Wilson's work remixing the King Crimson catalog in 5.1 surround sound for its 40th Anniversary Series reissues, but while the spirit of Crimson loomed large over that record, it is but one that looms over The Raven That Refused to Sing (And Other Stories). Instead, what really defines and distinguishes the album is Wilson's stellar band and, for the first time in his solo career, being able to write for a very specific group of players.

While firmly planted in the progressive rock arena, The Raven reflects Wilson's comments, in the same AAJ interview, that "The whole idea of the band was to try and bring back this idea of the influence of jazz on progressive music" and an objective to take ..."more of a director's role a lot of the time because they're way better musicians and, in a way, I have always dreamed of being in this position." The Raven's six songs in every way transcend the not insignificant compositional successes of Insurgentes and Grace for Drowning, largely because Wilson's finally got a group of players—all back, with the exception of lead guitarist Guthrie Govan replacing Niko Tsonev, from Get All You Deserve—who, collectively, flat-out eclipse the earlier recordings and bring a very specific chemistry to the table. Beyond the interpretive performances that are even clearer to the ear in the four-disc Deluxe Edition, where the album tracks can be compared with Wilson's demos (included on a second CD), there's exhilarating collective interaction, even when one of the players is being featured, a consequence of The Raven's "old school" approach to recording—meaning largely live off-the- studio-floor, with Wilson adding some overdubs after the fact.

Every track—three mini-epics passing the ten-minute mark and three "shorter" songs in the five-to-eight minute range—truly tells a story, and the oversized, 128-page hardcover coffee table book-sized Deluxe Edition includes, along with Wilson's lyrics and Hajo Mueller's artwork, the actual short stories, written by Wilson and Mueller (both alone and in collaboration), that inspired the songs. The opening "Luminol"—the only track that will be familiar to those who saw the 2012 tour or Get All You Deserve, as it was added, mid-tour, as a first experiment at writing for the group—tells the tale of a street busker who, ignored in life, returns to play at the same spot after his death, and to the same relative ignorance of passer-bys on the street. But it's Wilson's lyrics that ultimately tell the tale more poetically:

He strums the chords with less than grace

(songs we all know)

Each passing year etched on his face

The words he sings are not his own

Musically, "Luminol" sets the bar for the rest of the album, and defines many of its touchstones: a gritty, ring-modulated Fender Rhodes electric piano, played with energy and élan by keyboardist Adam Holzman and indicative of The Raven's retro keyboard textures, which also include Hammond organ, piano and Minimoog; Theo Travis, who also plays saxophones and clarinet, contributing the kind of imaginative flute work that's long been lost in progressive rock but which was, at one time, more common; Nick Beggs' visceral, treble-heavy and Chris Squire-inspired bass playing, though he proves far more versatile throughout the record, including fretless bass and, on one track, Chapman Stick; a hard-edged, whammy bar-driven but harmonically sophisticated guitar solo from Govan that suggests Wilson's search for the right guitarist for this band is finally over; powerful, unfettered but ever-finessed drumming from Marco Minnemann, filled with an energy that clearly inspires (and is inspired by) the rest of his band mates; and the ever-present mellotron, in this case the very MK II instrument used by King Crimson on its earth-shattering debut, In the Court of the Crimson King (DGM Live, 1969).

Just as he demonstrated, with Grace for Drowning's "Deform to Form a Star," Wilson proves equally capable of deeper lyricism and adorned beauty. "Drive Home" features Govan throughout, a comparison with Wilson's demo demonstrating just how much Govan's broader language brings, ranging from the clean, warm tone used largely throughout the song until a show-stopping ending, where languid legato and carefully controlled harmonic feedback combine with increasing passion for almost three perfect minutes of construction and focus. The writing may assert no shortage of strict detail—including thematic ideas that here, on soprano saxophone, Travis both doubles in unison and harmonizes beautifully with Govan—but the interpretive freedom Wilson affords his band mates results in finished versions that truly live and breathe in ways that his already well-formed demos cannot.

While mellotrons were first introduced to give rock groups orchestral textures "in a box," they also possessed a signature sound of their own, and what's particularly significant both here and on Grace for Drowning, is that Wilson clearly appreciates the difference between tape-driven keyboard and the real thing, once again bringing Dave Stewart (ex-Hatfield and the North/National Health/Bruford), onboard to write arrangements for the London Session Strings on "Drive Home" and, most notably, the closing title track, which also features LSS violinist Perry Montague-Mason.

Based on the Deluxe Edition's longest story, co-written by Wilson and Mueller, the titular raven is captured and caged by an old man whose beloved sister's death, in his youth, shattered his life. When the raven refuses to sing as his sister had so beautifully, the old man is forced into a truly life- altering action that changes everything.

Combined with the immediately preceding, "The Watchmaker," "The Raven That Refused to Sing" demonstrates the power of song sequencing and the value of treating albums as conceptual wholes, to be heard in a single sitting, from start to finish. Relatively simple structurally—based on a repeating motif and relying, instead, on dynamics and a slow build from melancholy to greater drama—as haunting as it is, it simply would not have wielded the same power it does here as the album closer. "The Watchmaker" builds from a folkloric, acoustic guitar-driven opening, rendered all the more pastoral by soft flute work, leading to a propulsive solo segment for both Travis and Govan before finding its way to a section that, with additional harmony vocals from guitarist (and fellow Crimson re-mixer) Jakko M. Jakszyk, builds to a bolder, angular and riff-driven coda where Minnemann is given free rein, filling the open spaces with rapid-fire bass drum patterns and almost impossible feats of ambidextrous power. From that harsh climax, the quiet introduction of "The Raven That Refused to Sing" feels more like conceptual continuation than discrete track, and brings the album to the fitting close that none of the other tracks would have accomplished.

The Deluxe Edition also includes—on both DVD and Blu-Ray—the entire album in 5.1 surround, and continues to explain why Wilson has become the go-to guy for surround sound remixes for everyone from Jethro Tull and Emerson, Lake & Palmer to King Crimson, Caravan and XTC. There's a 23- minute documentary, shot by longtime visual artist Lasse Hoile, as well as galleries of additional artwork and photography by Mueller and Hoile, respectively. The Blu-Ray also includes instrumental versions of the tracks, which may be more curiosity than anything else, though along with the demos they do reveal even more about the process of making a record, from conception to conclusion. An unused idea, "Clock Song," shows up on the demo CD, while a curious "Drive Home (Lounge Version)" is included along with the instrumental versions on the Blu-Ray. Steven Wilson goes bossa nova? Not really, but this sign of a group that was clearly having some fun during the recording also further demonstrates how, while The Raven isn't anywhere close to a jazz record, the musicians in Wilson's band have plenty of cred that's a linguistic undercurrent throughout.

And the recording itself? "Old school" means more than live off-the-floor. The album was recorded in one week (one track per day) with the group, with renowned engineer Alan Parsons—beyond his own mega-selling Alan Parsons Project, the engineer of massive hits like Pink Floyd's Dark Side of the Moon (EMI, 1973) and singer/songwriter Al Stewart's Year of the Cat (EMI, 1976)—and contributes to the energy that distinguishes The Raven from Wilson's other solo albums to date.

While there's already some uproar in the progressive rock community over Minnemann being unavailable to perform the North American dates of Wilson's international tour in support of The Raven, with ex-Frank Zappa drummer (and leader in his own right) Chad Wackerman in his place there's little doubt that the band will still kick some serious butt. Will it change the dynamic and chemistry of the band? Undoubtedly. But with a growing catalog of solo music that now culminates with The Raven, there's equally little doubt that his 35-city tour across (so far) Europe and North America will be a highlight of the 2013 for progressive rock fans, regardless of who's seated in the drum chair.

What's to comes is uncertain; will the band stay together, or will Wilson make another shift in a career that's experimented with drone and noise music, ambient indie rock and more? Irrespective of where Wilson's career takes him—and as terrific (and essential) as Porcupine Tree has been in facilitating his move to what is now a true solo career—The Raven represents a high watermark in Wilson's 20-year career. His best solo record to date (perhaps his best record, period)—and alongside Grace for Drowning, a Deluxe Edition that redefines how such limited edition releases should be done, combining music/video extras with a gorgeous presentation of artwork, lyrics and stories that's as wonderful to hold as it is to hear and watch—The Raven That Refused to Sing (And Other Stories) reflects the power and beauty of what can happen when a progressive thinker finds exactly the right people for whom to write.