By Stuart Broomer
December 15, 2007
Sign in to view read count 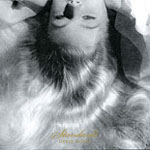 In 2002 Bailey released one of his most unusual CDs, Ballads (Tzadik), a solo performance with him freely improvising on standards. This is a second installment, though this recording actually precedes Ballads. Liner notes by Karen Brookman-Bailey and John Zorn recall Christmas 2001: The Baileys—Derek in New York to pick up a "new guitar—invited Zorn and Ikue Mori to their suite for dinner. During the evening, Bailey took out the vintage Epiphone Emperor (an oversized acoustic archtop designed for big band rhythm playing without amplification) and started to play classic pop tunes. As Brookman-Bailey points out, we might locate the songs in the guitar itself or in Bailey's early years in dance bands. A few days later, Bailey went into a New York studio and recorded Standards, later repeating the process in London for Ballads.

This is unquestionably the edgier of the two sets, with less attention paid to the melodies. The performances reverse expectations—they begin in seemingly random improvisation, gradually taking on harmonic and rhythmic patterns until they end in melodic paraphrases of a standard, never exactly the standard, but the kind of approximation with which Lennie Tristano might begin.

The history of free improvisation, in which Bailey played a central part, seems to be running backward. The music is fantastic. Few improvisers ever acquire Bailey's knack for generating random sequences that resemble chance scores and each performance inquires into the instrument's specific resources, its extraordinary resonance (deliberately suggesting koto), its sustained high harmonics, or even a worn fret, worried (like a prepared piano) for a specific multiphonic boink. It's as if Bailey disappears into the instrument's specific history, its overtones and echoes, its wear, promise and woody memories. Standards is an important part of Bailey's great legacy.