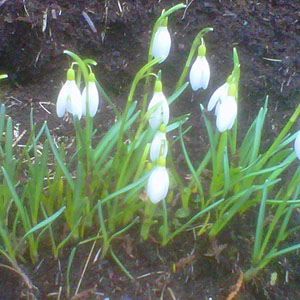 Instruments often tell stories through music, but it's rare that a story can spawn an actual instrument. When author Frank Herbert's Dune hit book store shelves in the '60s, he probably never imagined that his book would become a movie or a television mini-series, but that's not the only thing that came to life from the pages of his writing. The baliset—a stringed instrument played by tapping the strings against the frets—was born from Herbert's words. Diehard fans know that Emmett Chapman—inventor of the Chapman Stick—was called on to provide baliset music for the early '80s film adaptation of the book, with his bass-like, tap-driven instrument; but the mini-series ultimately featured a lute-like instrument that didn't really fit the bill.

Tom McMahon's baliset is like the genetically superior offspring of the Chapman Stick and Charlie Hunter's guitar. With six strings on the treble side, five strings on the bass side, and an additional output to a guitar synth from an RMC piezo pickup, McMahon has a musical world at his fingertips. While the unique nature of McMahon's instrument puts him in his own category, it isn't a gimmick used to gain favor with odd-ball instrument admirers. McMahon's use of his baliset on Spring 2011, the first of four digital download-only EPs which are to be financed in a self-perpetuating manner, isn't about standing out. It's all about fitting in.

The dual functions of the baliset help to bolster the sound of the group, making this three-piece sound like a quartet on each of these four numbers, and McMahon's mastery is evident in his ability to carry out several roles at the same time without drawing attention to this admirable two-for-one deal. McMahon provides solid bass lines beneath unison statements from saxophonist Mike Tremblay and his own guitar-sounding alter-ego ("No Clue"), and proves to be a fine accompanist in multiple roles, as he creates a lush bed of sound beneath Tremblay's tender tenor on "Enclosed." The two other tracks on the album have misleading titles, but the music is clear as can be. "Smoke" is a swinging number built on a sunny sound, and "Free Play" has nothing to do with free play. Instead, it's built in a Brazilian fashion, with drummer Mark Rehder providing some upbeat, bossa-inspired beats beneath the seductive sway of his band mates' music.

While the EP clocks in at less than seventeen minutes, making it an appetizer instead of an entree, it's quality over quantity. As an added bonus, lead sheets are thrown in for free with each download, making it possible to fully experience McMahon's musical world from every angle.