By Woodrow Wilkins
October 26, 2007
Sign in to view read count 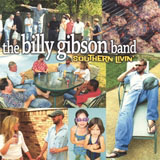 Gibson, a fixture on the Memphis blues scene, spent his early career in the Mississippi Delta town of Clarksdale, honing his craft with the harmonica while playing in guitarist Johnnie Billington's band, The Midnighters. A native of Clinton, Miss., who spent many years in the Jackson area, Gibson was strongly influenced by the music of his surroundings. Since then, he's gone on to participate on recordings by such artists as Deborah Coleman and Michael Burks.

On "Mississippi, one of five songs written by Bowen, Gibson sings about going to his home state and having the time of his life. With clever innuendo, he sings of country girls and getting a taste of the South in his mouth. It's a cool track that celebrates many aspects of Southern living, aided by a subtle yet effective rhythm track by the band.

"Hey, Hey Pretty Lady is Gibson's own composition, a slow swing where the artist tells his woman to prepare for a long night. Kirk Smothers' baritone saxophone gives this piece some extra soul, but Gibson's harmonica also adds a nice touch.

Southern Livin' is an ideal soundtrack to typical Southern pastimes: cookouts, backyard swimming pools, lounging on the patio and chatting with friends around a backyard table. With seven original songs, including one written by Wood, it's another example of Gibson's straightforward approach to the blues, previously exhibited on The Billy Gibson Band (Inside Sounds, 2005). The excellent music makes it easy to forgive his "crooked-letter transgressions.