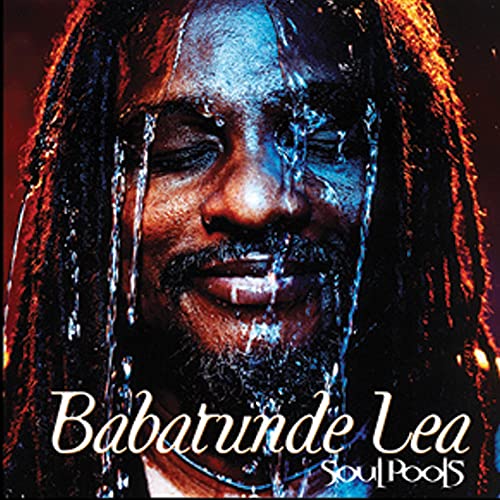 Quick and to the Point: An energetic and refreshing Latin Jazz dousing....

Babatunde Lea gathered a strong contingent for this recording. It starts off with a harried, albeit well keeled, pace in “Confrontation.” Frank Lacy alertly arranged Lea’s composition, packing a punchy drive that he sets in motion with an exquisite solo. Preceded by Mario Rivera’s angst and Hilton Ruiz's humorous and speedy fingerings, Lea pushes everyone dashing towards the coda with the trap drums.

Starting on a 6/8 passage in “Jackie and The Beanstalk,” one is immediately attracted to the friendly midrange-dense –and somewhat rough– horn sound that characterizes this recording. By tripling on trombone, flugelhorn and trumpet, Lacy laces his conceptual sonic notions with Rivera’s sax, giving the ensemble its own unique aural character. To be sure, Rivera and Lacy take the initial charge of the tune into mainstream jazz, followed by Ruiz’s incursion into the secondary 6/8 bars, then a return to straight-ahead swinging jazz alongside Lea’s mouth-watering trap drum statements. Kevin Jones closes with the percussive offering going strong.

“Isabella” is a mid-tempo trumpet-led Lacy composition. His trumpet sound, ideas and patterns prove worthy of close attention. Ruiz is effusively romantic on the piano on this tune.

Jana Herzen composed and sings “Round the World.” It drips bluesy warmth and leads me to wish for more of her singing. Raúl Midón joins in on guitar, proving himself in the company of these enchanting veterans.

“ Whoa Baba!” switches between an update on the Cuban eastern Conga rhythm, better known for its miscegenation with Carnival celebrations and everything they entail, and guaguancó -based straight-ahead jazz passages. You do get a shot of skins during the closing of this festive march, though.

Midón wrote the beautiful and driving straight-ahead “10:55” and Ruiz leads it off. Lacy valves his way around with strong midrange understatements, and Rivera energizes the flow with his expansive lexis on the saxophone. Lacy returns with a more aggressive solo on the trombone. The guitar doesn’t lag at all behind the rest of the wise bunch.

“Ejército Moreno” has a steady slower guaguancó feel that gains exuberance with a tasty and refreshing new interpretation of the montuno. Watch Ruiz’s right hand on this one, as well as the horns' sonic correspondence. Their melancholic voice-like utterings resemble a sacred call for a gathering.

The groove is strong in “Yerba Buena,” reminiscent of some of the work by Steve Turre and William Cepeda with seashells, although none are present here. This is a tasty, musky, straight-ahead Latin jazz ditty with superb phrasing from all concerned, particularly Rivera’s flute.

Lea’s “Outlyer” could pass as a homage to Mongo Santamaría. Everyone joins in for this 6/8 dominated engaging drive. It features a thickly melodic core expeditiously sustained by John Benítez on bass, in addition to all the soloists who kick it up a notch.

One wouldn’t have to strain one’s imagination to visualize musical percolations with ever extending wakes while listening to the title cut of Soul Pools. The tempo is easygoing, and we finally hear from Benítez, who carves his fingers around the acoustic bass for a couple of bars. All instrumental “souls” seem to unite, coalesce, contrast, and feed each other as the coda approaches...

The recording closes with a freer cut entitled “Carolyn’s Dance.” Although the vocal parts are brief, the singer is not identified in the credits. Rivera and Lea swathe the first half, while Ruiz takes his turn with burning right hand chords sustained by a fierce left hand dark majesty. In the end, it seems that Carolyn took off, à la Isadora Duncan, in cascading free jazz figures.