By John Kelman
October 9, 2007
Sign in to view read count 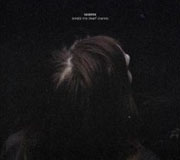 Leaving behind the imaginative covers of artists including Leonard Cohen, Sandy Denny and Bob Dylan on Melody Mountain (Rune Grammofon, 2006)—by her collaborative duo Susanna and the Magical Orchestra with keyboardist Morten Qvenild of In the Country—Susanna Wallumrod goes the singer/songwriter route with her first album as a solo artist, Sonata Mix Dwarf Cosmos. It's a bold move, coming so close on the heels of Melody Mountain, but while Susanna (who goes only by her first name here) is a relatively young artist, so, too, were Cohen, Denny and Dylan when they wrote some of their most enduring songs. Sonata Mix Dwarf Cosmos is an acutely deeply personal and intimate record that, were Susanna in a different time and place, would easily place her alongside those artists who have clearly informed her own writing.

It still should, even now. The calm that pervades the record wraps her lyrical depth—primarily concerning love and the human condition—in a soft blanket. She is joined by a number of guests throughout, including brother/pianist Christian—known to ECM fans for recordings including The Zoo is Far (ECM, 2007)—Qvenild and multi-instrumentalist Helge Sten—who, also known as Deathprod, is a producer well-known to Rune Grammofon fans, as well as a member of the outstanding Supersilent collective. Susanna's musical viewpoint is all about spare simplicity, so the guest contributions are often so subtle that they're nearly invisible. Still, they add variety to her soundscape, and a drama that's often so understated that the slightest dynamic shift feels powerful and deeply moving.

Susanna's songs possess the uncanny ability to create shifts in mood with the subtlest of changes. 'Better Days" begins in melancholy, as she sings of 'the lack of morals in this town," and being 'tired of rambling round and round," but becomes gently optimistic as she reaches the chorus, 'better days are coming," with its ascending chords and Sten's mellotron providing a gentle emotional lift. Pal Hausken's drums on the cynical 'We Offer" are so low in the mix that the forward motion they provide is felt more than heard.

Susanna's lyrics are more direct than many of her influences, but they're no less poetic. Her voice is warm and full, relying on nuance rather than overstatement to create a profound resonance that arches over the entire album. For fans of singer/songwriters, Sonata Mix Dwarf Cosmos is a hauntingly beautiful album that proves emotional depth and breadth can be created with the simplest of lyrics, and the purest, most spacious of musical landscapes.