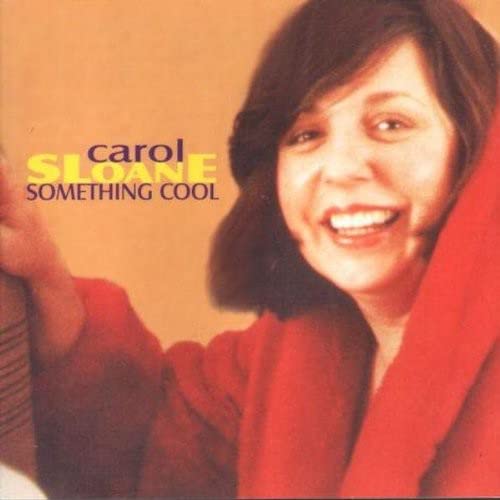 Carol Sloane has spent more than fifty years as a jazz singer, and she sings with as much sensitivity and feeling as anyone in the business. This album was recorded in 1978 and released the following year; she had made two prior Columbia records in the early ‘60s, and in 1977, two additional albums were released in Japan. Ms. Sloane’s acclaim as a mature artist makes this re- release required listening, while the quality of her sidemen virtually ensures that the task will be a pleasant one. Norris Turney played with the orchestras of Billy Eckstine, Clark Terry, Erskine Hawkins, Frank Foster, Duke Pearson, and Howard McGhee, spending four years with Duke Ellington from 1968-72, and the rhythm section has come to rank with the very best. The set has a mellow, laid-back, intimate feel to it.

As big a hit as “Something Cool” was for June Christy in 1953, it takes a bit of chutzpah not only to sing the tune, but also to title the album after it, as Christy did. No matter. Ms. Sloane is up to the challenge, and she puts her own indelible imprint on the tune. Her transparency and loneliness as she becomes the song’s faded rose are almost embarrassingly intimate, while Aranov’s sensitive accompaniment is at once both minimal and optimal.

“Jackie” is a 12-bar blues by Hampton Hawes; Annie Ross, for whom Sloane filled in on occasion, gave her the lyrics, based on a Wardell Gray solo recorded in 1951. Turney’s alto solo is delicious. The tempo is brisk, and my admiration is profound for anyone who can articulate this song cleanly and swingingly. Jimmy Rowles wrote “Baby, Don’t You Quit Now,” a lazy vamp, and Johnny Mercer supplied the lyrics; that by itself is probably enough said. Hear how Sloane wraps the song around her, and listen for Mraz’s melodic solo.

The end of a love affair need not be devastating, if one maintains a cheery, cynical detachment. This is the message of “Can’t We Be Friends,” and it’s a bittersweet lesson, as conveyed by Sloane. The opening and closing choruses of “You’re a Bad Influence on Me” feature just Sloane and Mraz; they and Turney’s superlative, Hodges-laced solo are immaculate.

Ellington’s “Cottontail” is another souvenir of Ms. Sloane’s time with Dave Lambert and Jon Hendricks, and it remains one of her favorite vocal exercises. Written for Billie Holiday, “Some Other Spring” brings the tempo and mood down. The second chorus is Turney’s only flute solo on the album, and it’s a keeper. The CD concludes lightly and brightly with “Tomorrow Mountain,” written by Duke Ellington for 1947’s Beggar’s Holiday, with lyrics by John Latouche. Turney’s alto solo sparkles. As the echoes fade, this CD, like others, leaves me nostalgically wanting more.