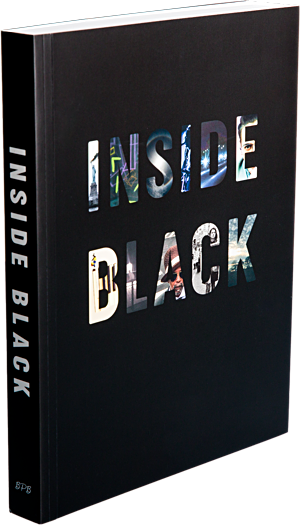 One day back in the '60s, Monk was sitting at the piano,
Charlie Mingus pulling at his coat
how Monk should put the word in so the Mingus group
could play the Five Spot, seeing as how
Monk's already legendary gig down there was ending—Mingus
all persuasion & cajolery, ran it down for twenty minutes
till he capped it with the comment:
..."Dig it, Thelonious,
you know we Black Brothers ...GOT to stick together!"
At which point Monk, laconic to a fault
(till then he hadn't said a word), turned
slowly with a sidewise glance & raised one eyebrow
..."Ma-aann," he said
"I thought you was Chinese!"

& evening between sets,
Monk would pace outside the Five Spot
head cocked to some inner keyboard,
With that listing gait of his, that wispy black goatee,
that rumpled herringbone tweed hat
he sported in those days,
he'd pace that corner, solitary

& quixotic
in a rapture
of exploding chords
all angular & dissonant
& oddly phrased.

One summer night a Checker Cab
pulled up as he was so engaged
& Monk, who happened to be passing at the moment,
swung back the door,
then stepped so quietly & self-effacingly behind it
that you would have thought it was his calling—
but his ear as ever cocked to that imaginary keyboard.
An elegant patrician couple, clubbing
—blonde Westchester money—
stepped out on 8th Street like an ad for Chivas Regal.

As the primped fox sashayed past him in her saffron
strapless, tossing back her golden mane,
her escort nodded vaguely, not so much as glancing up
at that solicitous, albeit altogether funky-
looking colored doorman
with the goofy hat.
A gesture almost too indifferent to be haughty.
& with that they hurried past & disappeared

into the Five Spot,
having come to hear the legendary Monk, that droll
& idiosyncratic piano.
...The sensation, Whitney Balliett wrote,
of missing
the bottom step in the dark.
..."Eerie, isn't it,
...to hear him playing, though he's dead,"
Mary said, playing Monk
The night we heard he had died.
& she lowered the dust cover over the turntable
as quietly as Monk had shut the door
of that Checker Cab
& turning without sign or gesture
had gone off bopping down the street,
head cocked as ever to one side & circled by the halo of that rumpled hat:
oblivious....preoccupied...lost
In the sweet jazz of the night—
Monk
...on 8th Street
...at the end of summer
...in the early '60s.
Must have been around 11:55

This poem was written by the late Steve Kowit and appears in the book Inside Black, a dynamic concept initiated by visual artist and poet Leslie Browne, and executed with writer, photographer Joan Gannij. Inside Black investigates the depth and true meaning of black through art, culture, science and human consciousness.

Steve Kowit (Brooklyn, (June 30, 1938-April 2, 2015) was a poet, essayist, educator, human rights, and animal rights advocate. He taught at various colleges, including UCSD. San Diego State University, and Southwestern College, and received multiple awards for his poetry. "Solo Monk" is included in Poems That Speak To Us Selected Poems of Steve Kowit, Garden Oak Press, 2021, which is available on Amazon. 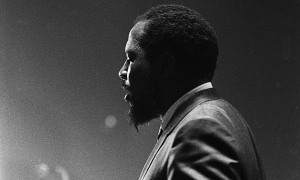