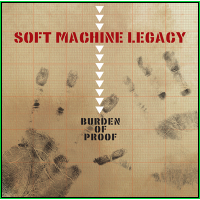 Over the course of three albums released between 1968 and 1970, the British band Soft Machine transformed from one of the trippiest and mind-bendingly inventive rock bands of the psychedelic era into a raging musical torrent of free jazz, thunderous prog rock, and high- concept minimalist-inspired avant-garde stylings. With the dizzying changes in musical direction came equally dizzying personnel changes, and by the time the dust settled in the early 1970s, Soft Machine—with the last remaining founding member, keyboardist Mike Ratledge, at the helm—was firmly ensconced as the premier exponent of UK-based jazz-rock, despite a stubborn predilection for LP side- long minimalist epics and crunchy rock rhythms.

Despite critical disdain and the eventual demise of the band in the early 1980s, fan demand, a continuous stream of posthumous releases, and the former members' own recognition of the music's uniqueness, resulted in the establishment of Soft Machine Legacy by John Etheridge, John Marshall, Elton Dean, and Hugh Hopper in 2004. Drummer John Marshall and bassist Roy Babbington (who replaced Hopper in the Legacy following the bassist's death in 2008) first appeared on Soft Machine's Fourth (Columbia, 1971), a Fender Rhodes-saturated epitome of cool fusion—though Hopper returned for Sixth, (Columbia, 1973). An amazingly fleet-fingered guitarist, Etheridge came along later, replacing Allan Holdsworth on "Softs," (Harvest-EMI, 1976).

Multi-reed and keyboard player Theo Travis replaced Dean in the Legacy band in 2006 after the saxophonist' death. Travis has led his own groundbreaking jazz groups, some with guitarist Etheridge, since the early 1990s, though he was never a member of Soft Machine per se. Yet, the energetic and musically omnivorous Travis has amassed a vast number of recording and performing credits with all sorts of progressive rock, "out" jazz, and fusion artists. A member of Gong since filling in for Didier Malherbe during a 1999 European tour, Travis has gone on to record and tour with nearly every notable artist in the UK progressive scene past and present, including Porcupine Tree and its leader, Steven Wilson, Robert Fripp, Hatfield and the North, and David Sylvian, to name a few. He fits in perfectly here. An knowledgeable fan of the music, and a distinctive and emotive soloist, Travis' playing throughout Burden of Proof parallels Dean's without imitating it.

The band's sixth recording, Burden of Proof, is most definitely not the work of elder jazz statesmen or old hipsters coasting on reputations forged 40 years ago. The majority of the pieces on Burden of Proof are contemporary originals penned by Etheridge and Travis. This is challenging, vital music; even "Kings and Queens," the obligatory cover tune from Soft Machine's salad days, is recast in a new and different light, revealing heretofore unexplored harmonic and melodic nooks and crannies. Though tough, taut jazz-based originals dominate—the title track a case in point—a surprisingly significant quantity of the music here explores more experimental vistas. "Green Cubes" is a group improvisation that manages to be both convivial and completely unhinged. After a multi-sectioned head, and a near-rubato solo section for Travis' breathy tenor, "Voyage Beyond Seven" dissolves into a spacy soundscape of layered Rhodes, guitar effects and flute.

The chunky, rockish "Fallout" does something similar, albeit in a much more aggressive fashion. There are also a number of brief improvised duets and solos interspersed amongst the longer tracks—the most interesting of these is "The Brief"—a too- brief blast from Travis and Marshall that segues into "Pump Room," a jazz head superimposed over Led Zeppelin-like bass and drums. Of course, Etheridge flashes some brilliant and inspired non-licks in the ensuing throwdown. Elsewhere, the quartet waxes energetically fusionistic with more than a hint of early 1970s-era muscle on tracks like "Pie Chart" and "Black and Crimson."

Despite its monicker, Soft Machine Legacy is not a tribute project or an attempt to recreate the music of the 1970s. The music here is fresh, risky, and full of life. If Burden of Proof proves anything, it's that the spirit of exploration in music remains alive and well. Fittingly so, because that's what Soft Machine was all about in the first place.