I love that fact that BYG also released stuff like Gong as well as the free jazz and that a label like ESP did stuff like Velvet Underground. —Joakim Haugland, Founder, Smalltown Superjazzz

Free jazz, regardless of era or country, has always been a do-it-yourself operation. With very few exceptions, it has never enjoyed any real institutional support, whether from major record labels, jazz clubs or media outlets. Yet with the commitment of zealots, it has withstood disapprobation and forged an impressive international, multi-decade, history.

One such zealot is Joakim Haugland, the founder and irresistible force behind Smalltown Superjazzz. The label name is not a typo; an outgrowth of Haugland's original imprint Smalltown Supersound—mostly lo-fi pop and noise—he thought, "lets put an extra Z in the jazz name, so that it wouldn't turn into a traditional jazz label." And traditional it is not. A look at the catalogue, with albums from The Thing; duets between drummer Paal Nilssen-Love and saxophonists like Mats Gustafsson, Ken Vandermark and Håkon Kornstad and more noise-oriented artists like Lasse Marhaug, to name but a few, shows an aesthetic that deserves all the extra letters it wants. 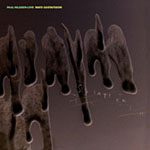 The smalltown in question is the Norwegian capital of Oslo, where Nilssen-Love relocated to in the mid '90s. Haugland describes Nilssen-Love and Swede Gustafsson as "the core of the label. I totally love what they do. We share the same taste in music. In many ways you can say that the label is built around those two. The Thing was also one of my first introductions to free jazz back in 2000, I think. This was the same time that free jazz scene around the Blå venue in Oslo blossomed. I was part of that scene and absorbed a lot from it."

The Superjazzz side of the business came as a result of Haugland wanting to release more free jazz on the Supersound label but finding resistance from listeners who preferred electronic music. "I said that I needed to do it to clear my own head and to make it easier for distributors, shops and the press," says Haugland. "But most importantly I felt that there were no really good labels around doing stuff like, for example, ESP and BYG in the '60s. ...I love that fact that BYG also released stuff like Gong as well as the free jazz and that a label like ESP did stuff like Velvet Underground... But I liked the free spirit of these labels and wanted to create something similar." Another model that Haugland references is SST, the legendary '80s California punk label: "I try to run a jazz label like a DIY punk label."

It is telling that Haugland mentions seminal labels like ESP and BYG when discussing his own work. Since 2000, he has created an aesthetic around groups of musicians working out of a city but thinking internationally—like ESP's New York and BYG's Paris. The decisions are simple: "It's all based on what I like and my own gut feeling," Haugland states. "What feels right, I do. As I run the labels alone, there is no one else to blame than myself. And it feels good not to argue taste with anybody. If I like it and it fits my idea of the label, I will release it." 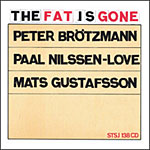 The response from the musicians with whom Haugland works is quite positive. Gustafsson, who features prominently on the label's newest and possibly most brutal release The Fat is Gone with Nilssen-Love and free jazz ubermensch Peter Brotzmann, has nothing but praise. "What Joakim is doing for music, what Joakim is doing for The Thing, for myself and others is just fuckin' ROCKIN,'" he says with understatement. "Joakim Haugland IS a special case, the whole combination of hard core music choices of what to release and then really working on the releases in the different countries with the help of his associates. ...With Superjazzz I have always felt that I have totally free hands to do what I want to do and that is a pretty good feeling."

Vandermark, whose three duet albums with Nilssen-Love are high-water marks of the Interstellar Space genre, echoes these sentiments. "They have been very good to work with: supportive of the music, releasing a number of albums by ongoing groups instead of shooting for one-off releases by 'allstar' lineups and giving the artists creative control of the music they record."

While Vandermark is not Scandinavian, he has been involved with that scene since the late '90s. This cross-pollination jives with what Haugland is trying to do—"It's really not a Norwegian label... this is just music that fits the label, no matter where it is created and by who."—by himself in Oslo and in tandem with other labels that share a similar philosophy, as well as roster, like Atavistic and Okkadisk. "I feel that we are part of something bigger and that what we are doing is important," Haugland says. "I think and hope we are taking things further." 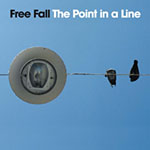 Listening to the music of Smalltown Superjazzz and observing its forceful design—the product of Rune Mortensen or Kim Hiorthoy—may be a shock for those whose knowledge of Scandinavian jazz comes either from the American ex-pat scene in Denmark or the modern releases of ECM artists like Jan Garbarek. And though Haugland acknowledges the influence of players like Garbarek, himself once a violent free jazzer, "the fact that Albert Ayler and Don Cherry lived in Scandinavia has been of bigger importance."

Usually these profiles end with talk of what's to come for a label. Haugland has managed to maintain his enthusiasm. "The most important thing is to get all this good music out," he says. "Every time there is a new record coming in at the warehouse, it's like Christmas Eve for me. That wonderful feeling gets me going." Upcoming releases include an ambitious box set by The Thing; duet albums with McPhee and Paal Nilssen-Love, McPhee and Gustafsson and Brotzmann and Nilssen-Love; a second album from Original Silence (Thurston Moore, Mats Gustafsson, Paal Nilssen-Love, Massimo Zu and Terrie Ex) and solo albums from Gustafsson and Nilssen-Love.

"To be honest, I am never satisfied with the Smalltown Supersound label, there is always something that could be different," Haugland says. "But with the Superjazzz label I am very satisfied. It is exactly how I wanted it to be. This is strange because I never have it like this. Superjazzz has become the jazz label that I felt was needed and the one that I needed to create."