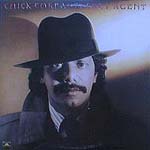 1978 was an almost impossibly active year for Chick Corea. Over the previous two years the keyboardist had moved away from the guitar-powered Romantic Warrior-era Return to Forever towards the larger, horn-driven incarnation responsible for 1977's Musicmagic. While he'd dissolve that version of the group after one tour and a live album, it was in many ways a consolidation, reflecting the growing interest in orchestration that began with 1975's The Leprechaun.

Given the half-dozen Corea albums released in 1978, it's easy to lose track of his most noteworthy efforts, especially the concept-driven The Mad Hatter and the intimate Latin-jazz quartet date Friends. Secret Agent, from the same year, is almost a forgotten record. While it's not Corea's best, it still has plenty going for it, and this Japanese reissue offers an opportunity for a fresh look.

Secret Agent builds on the final RTF incarnation, featuring a horn section and string trio on most tracks. But while the sonic palette is similar to The Leprechaun and The Mad Hatter, Secret Agent plays more as a collection of discrete songs, freed from high concept. From the opening progressive rock affect of "The Golden Dawn" to Corea's filtered, unconventional approach to Latin music on "Central Park" (featuring a lithe Minimoog solo and a visceral timbale spot for Airto Moreira), Corea's eclectic aesthetic leaves few stylistic stones unturned.

In fretless whiz kid Bunny Brunel and drummer Tom Brechtlein Corea had one of his most flexible rhythm sections to date. Brunel's innovative approach to harmonics was in many ways as revolutionary as anything by the more acclaimed Jaco Pastorius. The busy but never bombastic rhythm section is one to be reckoned with. It's capable of navigating the esoteric funk of "Drifting" and the more clear-cut groove of "Glebe St. Blues," where Brechtlein inhabits a space similar to Steve Gadd's on The Leprechaun's "Nite Sprite."

Corea democratically shares solo space throughout, including Al Vizzutti's powerful flugelhorn solo on the fiery "Fickle Funk," as well as the late Joe Farrell's always inventive soprano sax. Though he has an array of keyboards at his disposal, Corea's best moments come on Fender Rhodes and Minimoog.

Where Secret Agent loses points is in Gayle Moran's vocals. When Moran layers multiple tracks to create a vocal choir, as she does on a version of Bartok's "Bagatelle #4" and the Spanish-tinged "Hot New Blues," she's a clear asset—like she is on "Drifting," where her incredible range and purity of tone work well. But on "Glebe St. Blues" she's simply too clean, too schooled, to deliver the needed grit. On "Hot New Blues" Al Jarreau takes the lead, and he's far more in sync with the song's needs.

Secret Agent may not be classic Corea, but its imaginative orchestration, powerful rhythm section and strong soloists make it deserving of reissue. Distanced from the other releases that year, it turns out to be a significantly stronger album than it was perceived to be at the time.